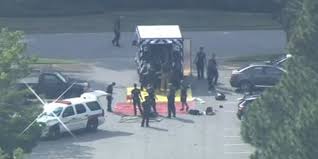 Tajikistan authorities blamed Islamic State for an attack on a military checkpoint that claimed 17 lives here.

Fifteen militants were killed in the firefight and five were captured, including one woman. Two soldiers were also killed in Wednesday’s shootout, the authorities added.
The Islamic State has not confirmed its involvement.

Twenty fighters attacked a checkpost on Tajikistan’s border with Uzbekistan at 0330 hrs, killing a border guard and a police officer but losing 15 men in the ensuing firefight.

The attackers crossed into the country from Afghanistan on November 3, state-run Khovar news agency said.