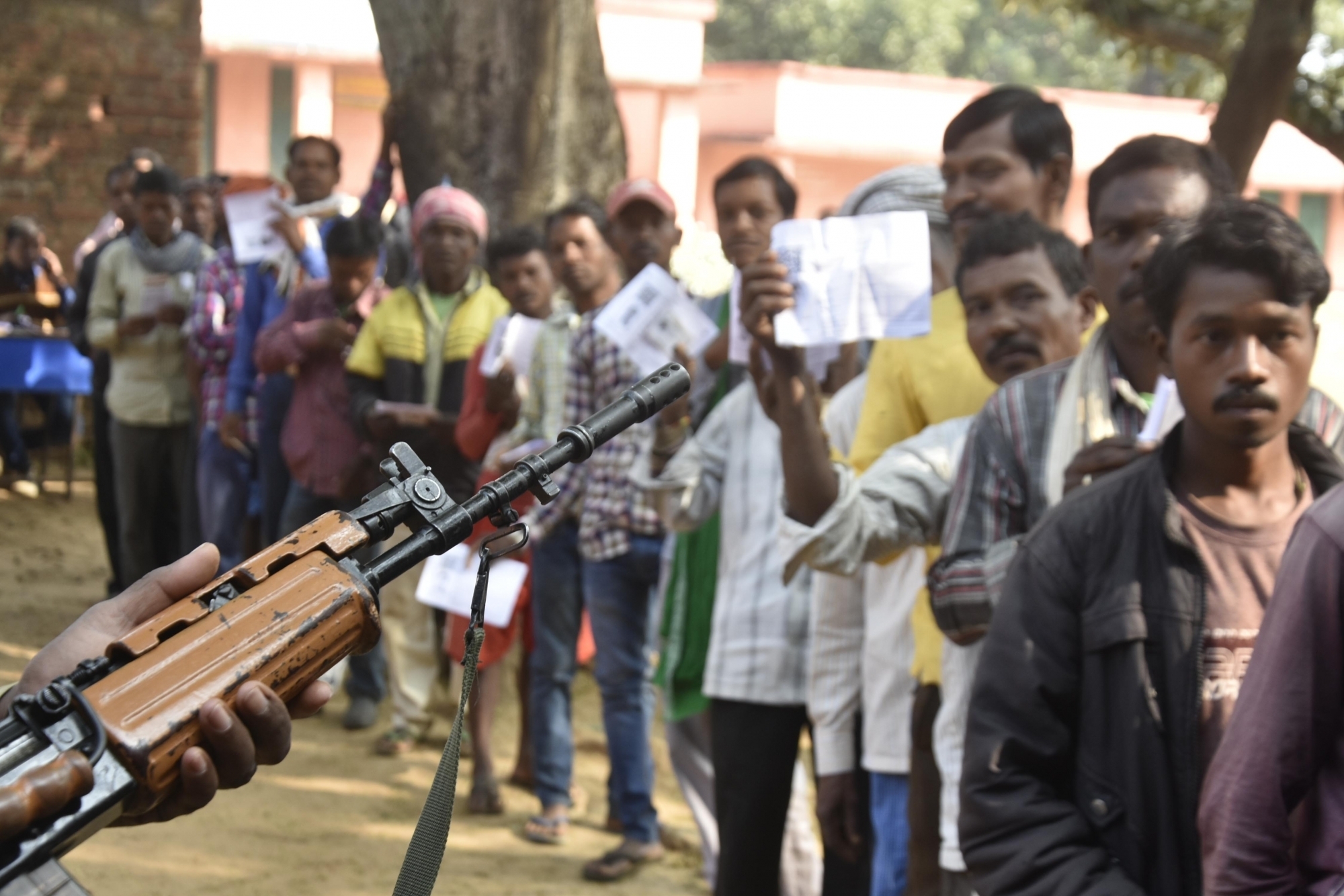 Ranchi: The third phase of polling began on Thursday morning on 17 constituencies in Jharkhand, which votes in five phases to elect 81 members of the legislative assembly. The voting commenced at 7 a.m., amidst tight security arrangements.While the polling exercise on five seats – Ranchi, Hatia, Kanke, Ramgarh and Barkatha will continue from 7 a.m. to 5 p.m. , voters in the remaining constituencies can vote till 3 p.m.

There are a total of 309 candidates including 32 female whose fate will be decided by 56,06,743 voters including 26,73,991 female and 95 third gender. These 17 seats are spread across Ranchi, Hazaribagh, Chatra, Giridih, Bokaro, Koderma and Saraikela.