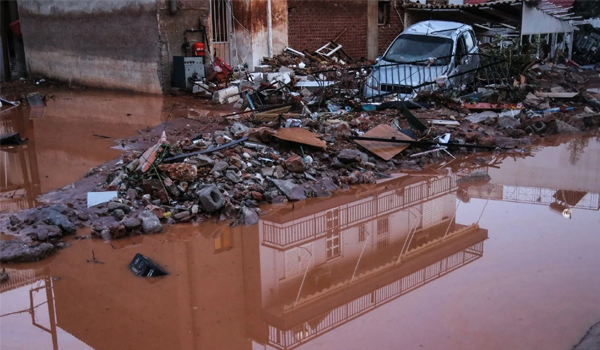 Athens, Nov 26 An elderly woman lost her life inside her home on the island of Rhodes in Greece on Monday, bringing the death toll from the bad weather front which swept through the country from Sunday to three.

The disabled woman passed away when her basement apartment flooded with rainwater, the Xinhua news agency reported.

Earlier on Monday, Greek authorities had reported the recovery of the bodies of two men who had gone missing when the yacht they were on board capsized in western Greece on Sunday amidst strong winds.

Also on Monday, the Fire Brigade intervened to evacuate 40 people from homes and cars in Kineta, southwest of Athens.

According to initial estimates by the infrastructure and transport ministry, nearly 300 houses have suffered damages in the area.

According to meteorologists, the weather front will recede Tuesday.