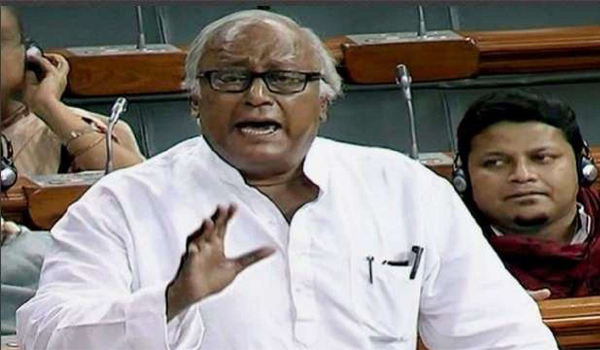 New Delhi, Nov 21 (UNI) Trinamool Congress member Saugata Roy on Thursday raised the issue of worsening economic situation of the country and urged the government to pay attention to it.

Jayadev Galla of TDP said Andhra Pradesh’s Capital Amaravati was missing from the new map issued by the government. He said Prime Minister had laid the foundation of Amaravati in 2015.

Alleging that this will prevent the investment in the state and urged that the mistake be rectified.

P K Kunhalikutty of IUML raised the issue of floods in Kerala. He said the Centre granted financial aid last year but this year, no help was extended this time, adding that people are still staying in camps.

Vinayak Raut of Shiv Sena also demanded economic relief for flood affected Kolhapur-Sangli area and maintained that this was the responsibility of the government.

K Suresh of Congress spoke for paddy farmers of Kerala while Dr Pritam Munde of BJP demanded that cotton purchase centres be opened for Marathwada farmers in Maharashtra.

Ravneet Singh Bittu of Congress raised the issue of withdrawing of SPG cover of Gandhi family and was reprimanded by Speaker Om Birla for commenting on the Chair.