Turkey to look elsewhere if F-35 dispute with US continues: Erdogan 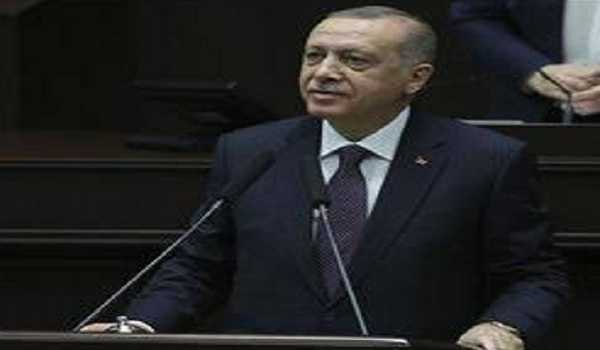 A week after his talks with Donald Trump, President Recep Tayyip Erdogan has reiterated that Turkey will not step back from its deployment of the Russian S-400 air defence systems if US does not change its stance on delivery of F-35 fighter jets. However, Erdogan expressed hope that the standoff with the United States over this issue would be resolved through talks, reported Hurriyet Daily News. ‘There are efforts to turn the S-400s into a key problem of the bilateral matters. We have agreed with Trump to seek ways to resolve the S-400 issue through our officials we have instructed, ‘ Erdoğan told his Justice and Development Party (AKP) parliamentary group on Tuesday.

‘We have told him that abandoning this defense system is unquestionable and that a solution to this matter should be found in the light of this reality,’ he added. Turkey has completed the transfer of the first S-400 batteries from Russia and announced that it will activate the air defense system in the spring next year. The US is strongly against the Turkish decision to purchase and use Russian defense systems and has long been threatening Turkey with sanctions adopted by Congress in mid-2017.

It has also excluded Turkey from the fifth-generation F-35 joint fighter project on the grounds that the Russian system would pose a big threat to the flight safety of the aircraft.  We have mentioned about the unfairness over the F-35 aircrafts. First and foremost, Turkey is not just a buyer but a partner of the project. We have regularly made our payments for the project,’ Erdoğan said, adding Turkey might seek other options if it’s excluded from the project. Notably, Russia has expressed its readiness for a potential agreement with Turkey on the sale of Russian Su-35 or Su-57 aircraft.