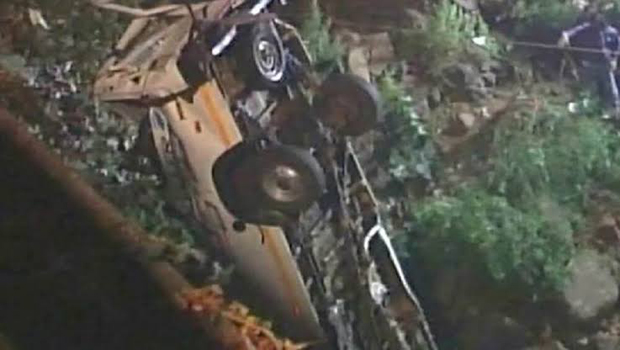 Nagaur, Nov 23 (UNI) At least 12 people were killed on the spot and six others injured after a mini bus overturned in this district of Rajasthan on Saturday.

The accident occurred at 0300 hrs when mini bus driver, while trying to save a bull, which jumped in front of it, lost control over the vehicle and it overturned.

The occupants of mini bus were proceeding towards Hanumangarh in Rajasthan’s Ajmer district from Maharashtra, police said.

Police reached the spot and rushed injured to government hospital in Kuchaman, from where four were referred to Jaipur. Details are awaited.