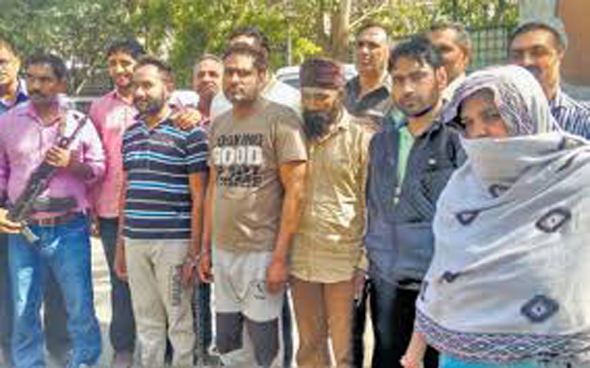 In a major breakthrough, two kg heroin worth Rs 10 crore in international market, was seized from the possession of a foreign national in district Kapurthala, police informed on Sunday

Senior Superintendent of Police Satinder Singh told UNI here that the accused presently residing in Chattarpur Rajpura in Delhi. The woman was walking towards a car in which her accomplice Narinderjit Singh, resident of Sultanpur Lodhi, was sitting. On seeing the police, Narinderjit fled, leaving the woman in the middle.

The police said the arrested accused woman came to deliver the consignment of drugs to Narinderjit.

Police is raiding several places to nab Narinderjit. A case under section 29-61-85 NDPS act has been registered. (UNI)