UP BJP can’t form govt on its own: Akhilesh 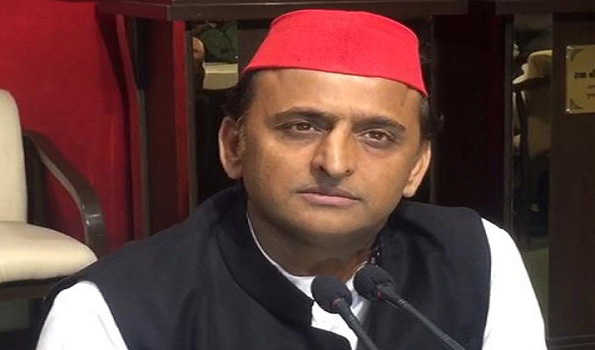 Samajwadi Party (SP) president Akhilesh Yadav here alleged that Bharatiya Janata Party (BJP) cannot form government through its own efforts and that it had taken leaders from other political parties to win elections.

Addressing the media here at party headquarters after joining of several leaders from other parties on Sunday,  Yadav said Yogi Adityanath government was spreading lies about developmental works. He said at a special session to celebrate 150th birth anniversary of Mahatma Gandhi that CM Yogi Adityanath and his ministers claimed a lot of development which was far from reality.

Before taking questions from the media,   Yadav played a video of CM Yogi in which he was speaking about DJ playing. He said wrong policies of Yogi Adityanath government have forced many to close their businesses including people in DJ business.

SP president alleged that life of Gandhi influenced the whole world but BJP never followed his path. He said during the assembly session that the ministers in the Yogi Adityanath government claimed that several development works had been done but they should tell public when the development was initiated. He said all major development works claimed by UP BJP were started in the SP government regime.

He said Yogi government has failed to gather any investment in the state rather they were taking credit for investment generated in the SP government regime. He said BJP talks about development ideology but never follows it. “If we can’t provide nutritious food for children what’s point to reach on moon”.  (UNI)