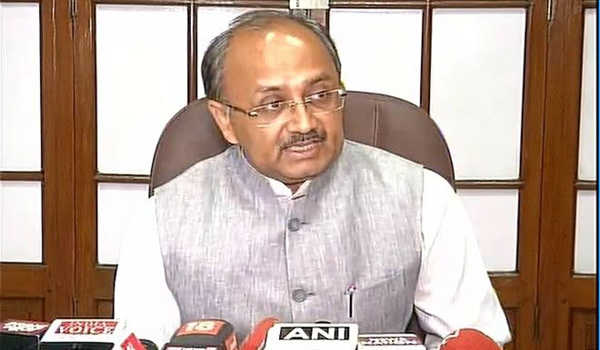 Uttar Pradesh government on Tuesday decided to end the cap of Rs 24,000 on expense under the Ayogya Nidhi for a BPL family, while poor families who have been left out in the 2011 census, would be covered under the Mukhyamantri Jan Arogya scheme. The government has also hiked the wages of contractual doctors teaching in the state medical colleges while approved letters of comfort to seek bank loan for Bundelkhand expressway and to pay back incentives to 7 industries, who have set up units under the new Industrial policy in the state. The decisions were taken in the state Cabinet meeting, chaired by Chief Minister Yogi Adityanath, here.

State government spokesperson Sidharthnath Singh told reporters here that now, the cap of Rs 24,000 on the medical expenses of BPL family under the Arogya Nidhi has been scrapped. Now in the rural areas, the limit of the medical expense would be Rs 46,000 per family and Rs 56,500 for urban BPL families. Besides, now these BPL families can get treatment in all the medical colleges, district hospitals along with super specialty hospitals like SGPGI, KGMU and BHU.

In another decision, the government approved a list 10.12 lakh poor families who could get the medical facilities under Mukhyamantri Jan Arogya as they were not included in the Pradhanmantri Jan Arogya scheme. However among the total 10.12 lakh families, around 1.68 lakh have their name in both the state and central schemes, whose fate would be decided later later. The Central scheme only gives benefit to the families, who are included in the 2011 census.