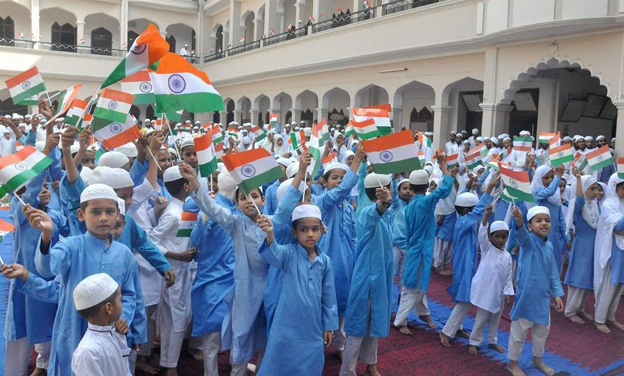 Uttar Pradesh government has issued orders to the madrasas in the state to celebrate Independence Day and remember the martyrs after hoisting the national flag. UP Madrasa Board Registrar S N Pandey, in a circular issued to all the districts’ minority welfare officers, on Wednesday said the flag hoisting would be done at 0800 hrs at all the madrasa along with rendering of the national anthem.

Thereafter, the students and the teachers would organise programmes on national integration and pay tributes to the martyrs and freedom fighters. The madrasas can also hold sports meet and other programmes related to martyrs and their life history.

On the occasion the students would also plant saplings for a green environment. The circular also made it clear that the Board will check the programmes held in the madrasas and the best one would be awarded. In 2017, a controversy broke out when the BJP government ordered videography of the Independence day function at all the madrasas. There are around 16,000 madrasas in Uttar Pradesh but majority of them are not recognised by the government. (UNI)