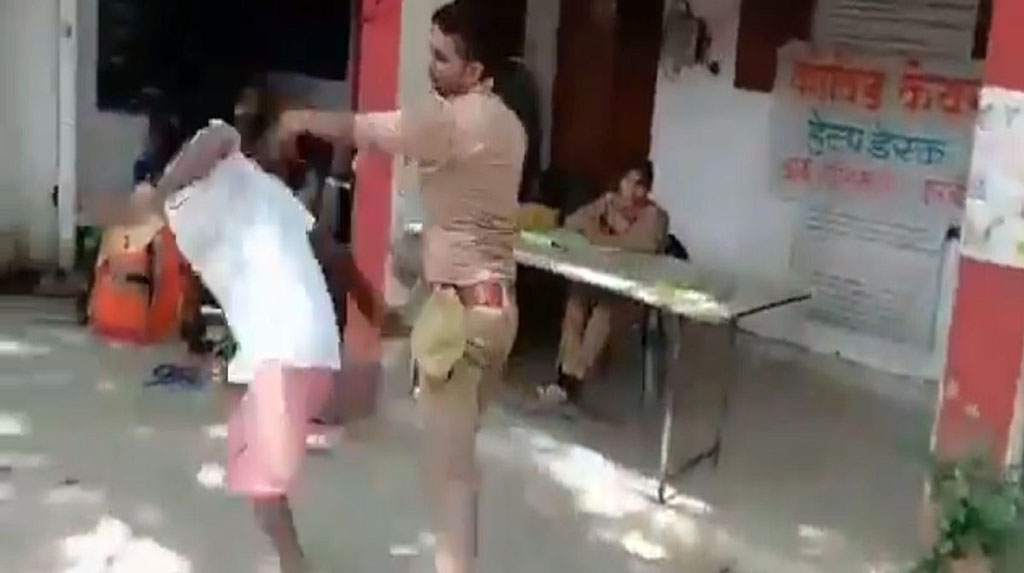 The Kannauj Police announced the suspension from its Twitter handle.

The action was taken after a video of the incident went viral on the social media.

In the video, the police constable is seen slapping the differently-abled man at the back of the head and pushing him to the ground at a police station in Kannauj.

According to reports, the victim drives an e-rickshaw and he said that the constable abused and assaulted him for picking up passengers by the side of a road.

However, the constable claimed that the differently-abled man misbehaved when he was asked to move to the side of the road to pick up passengers.

Kannauj Superintendent of Police Amarendra Pratap Singh said the constable has been removed from duty and an enquiry has been ordered over the incident.

He further added that police officers are trained to control themselves and not misbehave with the public even if there is a provocation.