UP security pre-Ayodhya verdict: 40 companies of CPMF rushed to UP 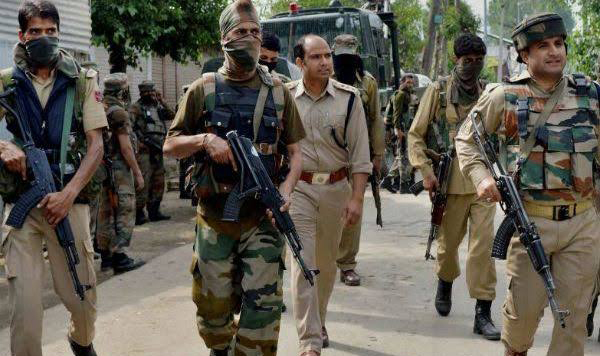 Lucknow, Nov 6 (UNI) With just days before the all-important Ayodhya judgement by the Supreme Court, security in the state has been tightened with Centre rushing additional Central forces, as demanded by the Uttar Pradesh government, to maintain law and order. Already, leave of all field officials have been cancelled and Section 144 of CrPC has been promulgated in all 75 districts of the state.

The political and religious organisations have appealed to the people to maintain peace after the judgement. All the political and religious leaders have also assured that they will accept whatever judgement comes, whether it’s in favour of the Ram temple or Babri Mosque. Meanwhile, the Centre has rushed additional 40 companies of Paramilitary forces in the state. The Ministry of Home Affairs (MHA) on Monday granted 40 companies of paramilitary forces to UP immediately, which will stay in the state till November 18.

The Supreme Court is expected to pronounce its judgement in the Ram Janmabhoomi-Babri Masjid land dispute case before November 17, when Chief Justice (CJI) Ranjan Gogoi would demit office. Sources said 15 companies of paramilitary forces have been immediately rushed to UP which include three companies each of BSF, RAF, CISF, ITBP and SSB. Another 15 companies of Central Armed Police Force (CAPF) will reach UP on November 11 and it will stay till November 18. Besides, central has also granted ten companies of Rapid Action Force (RAF) till November 18.

Apart from Varanasi and Ayodhya paramilitary forces will be deployed in Kanpur, Aligarh, Lucknow, Azamgarh and other places to maintain law and order situation and ensure normalcy during and after the Ayodhya verdict. The local administration has been asked to make arrangements for the deployment of security force personnel.

A report from Ayodhya, quoting District Magistrate Anuj Kumar Jha, said that tight security is in place before the Ayodhya verdict. SSP Ashish Tiwari said they are ready to deal with terror attacks, communal riots, public resentment, any danger to the disputed site and have also taken care of all loopholes. “Authorities have prepared a four-layered security plan to avert any untoward incident. Police have appointed 16,000 volunteers in 1,600 localities of the district to encourage people to remain calm and the same number of ‘digital volunteers’ will keep a vigil on social media. The administration has also created several WhatsApp groups for volunteers to pass on information,” the SSP said. Four security zones have been created – red, yellow, green and blue. While red and yellow will be manned by Central Para Military Forces (CPMF), green and blue will be manned by civil police, he said.

The red security zone covers the disputed site, the yellow zone covers five miles periphery of Ayodhya, the green covers 14 miles periphery of the temple town and the blue zone covers the adjoining districts of Ayodhya. Seven hundred government schools, 50 UP Board-aided schools and 25 CBSE schools have been taken over to accommodate security forces. The Central government is aware that even the smallest of security-related incidents could spark reactions in other states. Hence, there is close coordination between top security departments of both the Centre and the UP government. Strict instructions have been given right down to the police station level that no breach of government directives on security must be tolerated.

On the other hand, Congress has asked all its leader not to make any comment on the Ayodhya judgement. In meeting of Uttar Pradesh Congress Advisory Committee meeting, party general secretary Priyanka Gandhi has recently instructed leaders not to make any statement immediately after the court`s decision and wait for the party`s official stand.

Meanwhile, Uttar Pradesh Shia Central Waqf Board has directed all ‘mutawwalis’ (caretakers of Waqf properties) not to allow use of any Waqf property to hold any programme, meeting or protest on the impending Supreme Court verdict in the Ayodhya title suit. Issuing an order, the Shia Waqf Board chairman Waseem Rizvi has said that no Waqf property, including Imambara, dargah, karbala, mosque, mazaar or cemetery, should be used to organise any programme on Ayodhya issue.

Mr Rizvi said the violation of the order would lead to action under the Waqf Act and relevant sections of the Indian Penal Code. The Board said only preordained religious events would be allowed on Waqf properties. “Use of loudspeakers for sending out any message on Ayodhya issue or calling for any assembly which may lead to disruption of peace will not be allowed. Mutawwalis concerned will be held accountable, if peace is disturbed due to such an event,” he warned.