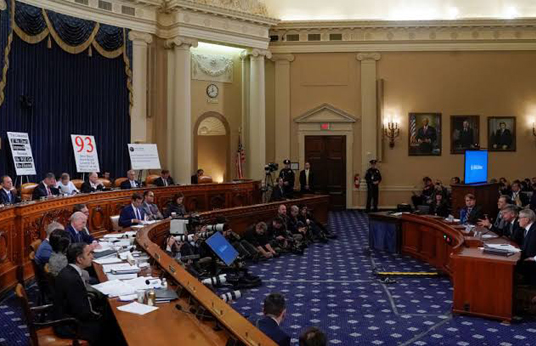 Moscow, Dec 1  The US House of Representatives’ Intelligence Committee is expected to vote Tuesday on the report by its chairman suggesting that President Trump be impeached, media said.

The vote in the Democrat-dominated committee will be the first after the House returns from its Thanksgiving break and is largely seen as a formality, according to the NBC News channel.

The files, in which Chairman Adam Schiff makes a case for removing Trump from office for allegedly pushing Ukraine to probe his political rival, will be made available to committee members on Monday.

If adopted, it will be forwarded to the House Judiciary Committee, which will begin hearings on Wednesday.

Trump, who denies claims of having tried to leverage aid to Ukraine to hurt former Vice President Joe Biden’s chances for reelection, lashed out at Democrats on Twitter overnight, saying that impeachment hearings were timed to NATO meetings in London on December 3-4.