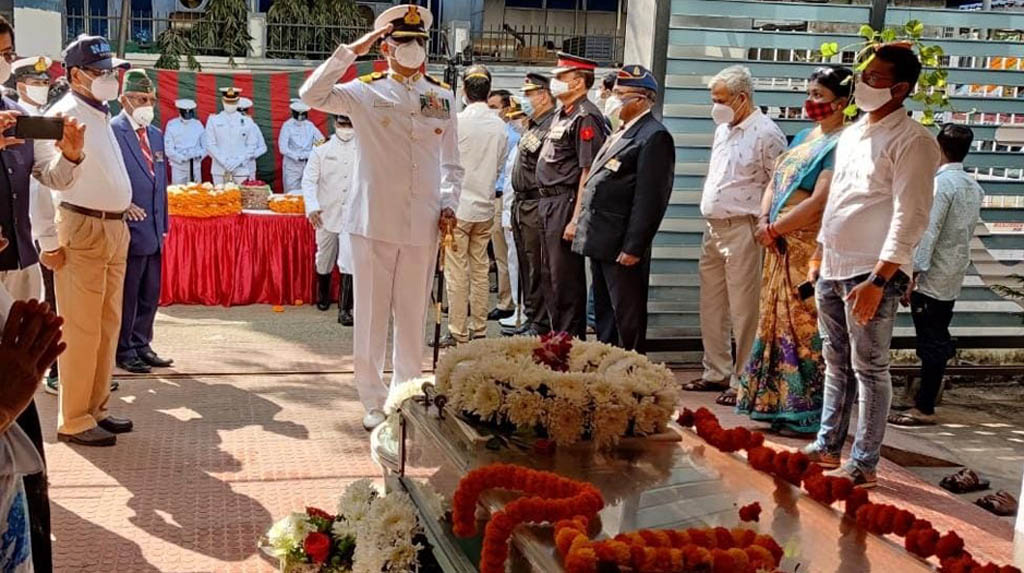 Bhubaneswar: The funeral ceremony of Vice Adm SH Sarma, PVSM (Retd) was conducted with full military honours at Bhubaneswar at his residence. Vice Adm Sarma was commanding the Eastern Fleet during the 1971 Indo-Pak war, which lead to the liberation of Bangladesh.

On completion of the ceremony, the mortal remains were cremated at Swargadwar at Puri later in the evening with full military honours.