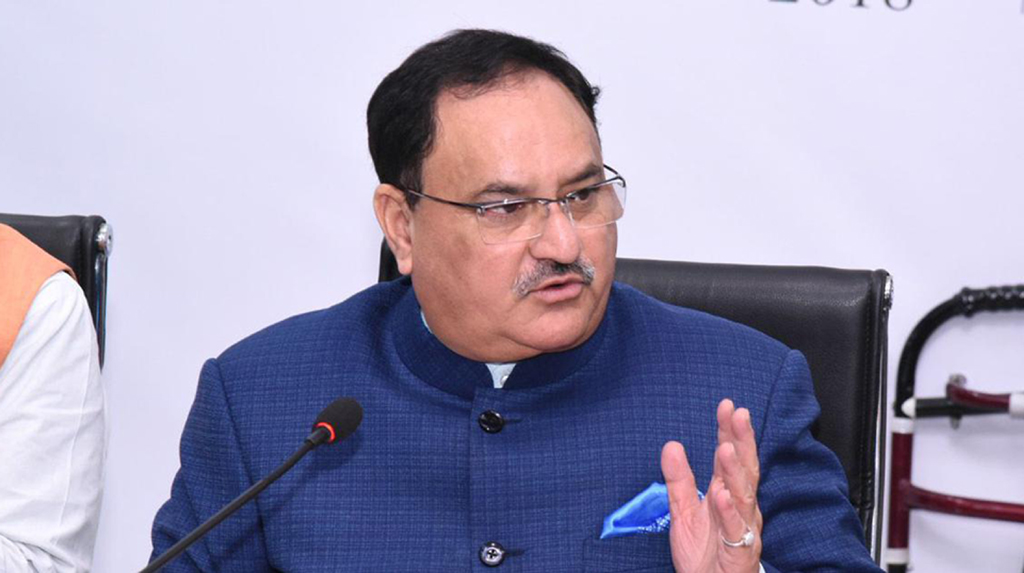 Solan (Himachal Pradesh): BJP national President Jagat Prakash Nadda on Thursday said Article 370 has become a thing of the past. The country has now become “one nation, one constitution”.

“Article 370 has become a thing of the past. Today, India is one nation with one constitution,” he said in his address in this Himachal Pradesh town.

Earlier, he was accorded welcome on his maiden visit to the state to which he belonged after becoming party’s national President.

Nadda said he had not imagined that he would get an opportunity to lead the BJP. All this was possible due to the benevolence of the Prime Minister Narendra Modi and the blessings of the people of the state.

He said the BJP was the only political party in the country where even a worker can become the party’s national President and also the Prime Minister.

He said today the party has over 17 crore members and has a strong and vibrant leader in form of Prime Minister Narendra Modi.

Nadda said the opposition was making unnecessary hue and cry over the Citizenship Amendment Act (CAA) and this was unfortunate.

The Act was not against minorities of the country, but it was aimed at helping the minorities of Pakistan, Bangladesh and Afghanistan.

Complementing the performance of his party’s government in the state, the BJP President said the state led by Chief Minister Jai Ram Thakur was doing a commendable work for welfare of the state and its people.

He said all this was possible due to the double engine of the government — at Centre and the state. He said AIIMS at Bilaspur, 69 national highways were possible due to Modi.

Thakur, while welcoming Nadda, said the state introduced Jan Manch programme for redressal of public grievances and 46,763 complaints were received till now out of which almost all have been redressed.

He said apart of Jan Manch, the state has launched Chief Minister Helpline 1100 to solve the problems. To date, 273,000 calls were received out of which 64,300 were complaints. He said that out of these complaints, 56,062 have been resolved.

Union Minister of State for Finance and Corporate Affairs Anurag Thakur, who too belong to Himachal Pradesh, congratulated the Chief Minister for successfully organising the first Global Investors’ Meet at Dharamsala, which would go a long way in strengthening the economy.

He said the Union government would provide all possible help for construction of a big airport in Mandi district in the state.