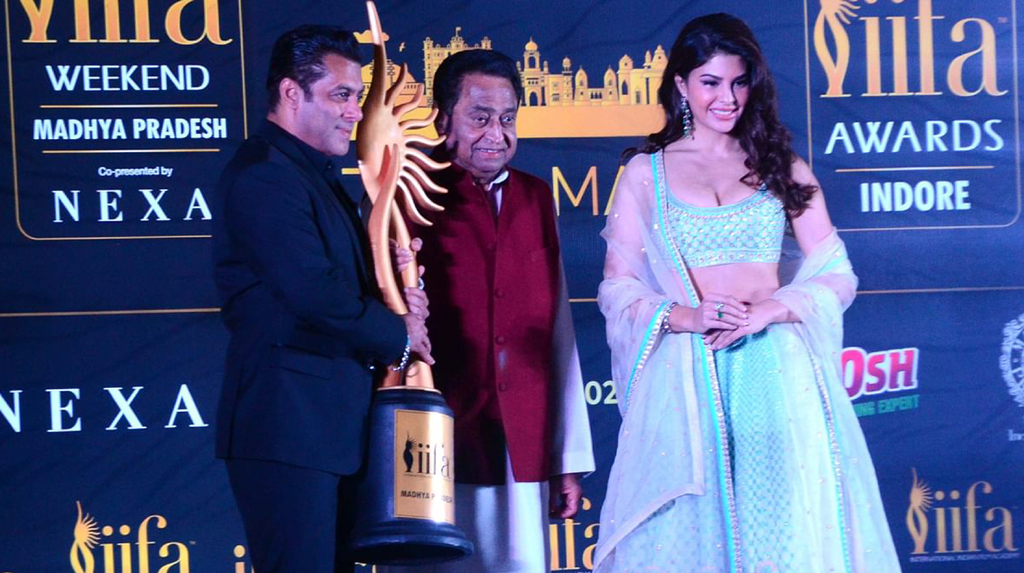 Bhopal: Madhya Pradesh Chief Minister Kamal Nath has been trending in India on the Twitter charts since Monday, and the veteran politician can thank Bollywood glamour for as much.

Nath happened to attend the press conference of the International Indian Film Academy (IIFA) Awards in the city. While IIFA has given up on its traditional, much-touted USP of taking Hindi cinema to a new world city every year, the 21st edition of the awards weekend will be held in Indore this year, it was announced at the conference.

In between official announcements and tie-up strategies inviting Bollywood to shoot in the state, Nath found time for photo-ops with the Bollywood glitterati present, particularly Salman Khan and Jacqueline Fernandes.

A lot of the pictures and videos soon found their way into social media.

However, the pictures have received mixed reactions from the netizens. There’s one image in which Nath can be seen putting his hand around Jacqueline’s waist and, strangely, a slew of people find it objectionable.

A user commented: “#Kamalnath can’t let go such an opportunity.”

On the other hand, several social media users were happy to see “Dabangg” superstar Salman strike a pose with Nath.