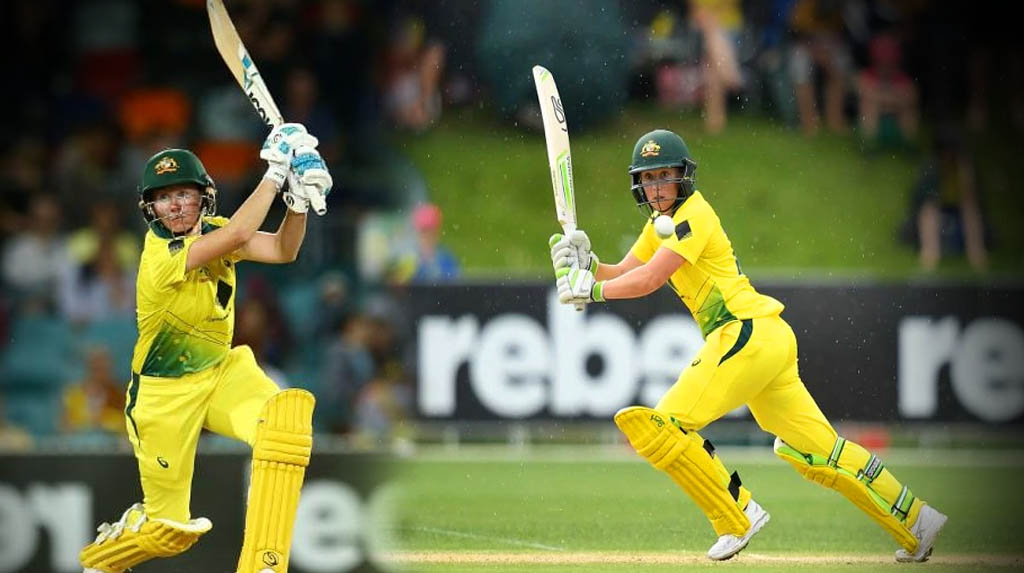 Melbourne:  Beth Mooney and Alyssa Healy slammed aggressive half centuries as reigning champions Australia posted 184/4 in 20 overs against India in the ICC Women’s T20 World Cup final at the MCG here on Sunday.

Opener Mooney remained not out on 78 from 54 deliveries (10×4) as wicketkeeper batsman Healy smashed a whirlwind 39-ball 75 (7×4, 5×6) as the hosts put on a show in front of a packed crowd and on a pitch which was very good for batting.

Healy and Mooney shared a 115-run opening wicket stand which threatened to take the game away from India but allrounder Deepti Sharma snared two wickets in the 17th over of star Aussie skipper Meg Lanning (16) and Ashleigh Gardner (2) to pull things back for the Harmanpreet Kaur-led Indian side.

But Mooney was in no mood to relent as she continued to find the fence regularly and take Australia to the competition’s highest score.

Healy started off with the fireworks with husband and Australia pacer Mitchell Starc, who cut short his South Africa tour with the team to watch the final, in the stands.

Shikha Pandey had a bad day in office as she was taken for a whopping 52 runs in four overs.

Radha Yadav removed Healy who was caught by Veda Krishnamurthy at long on. But half the damage was already done by then. Deepti removed Lanning and Gardner in the same over to give India some hope but Mooney was in the form of her life as she played Poonam Yadav exceptionally well and also forced her to come round the wicket in her final over.