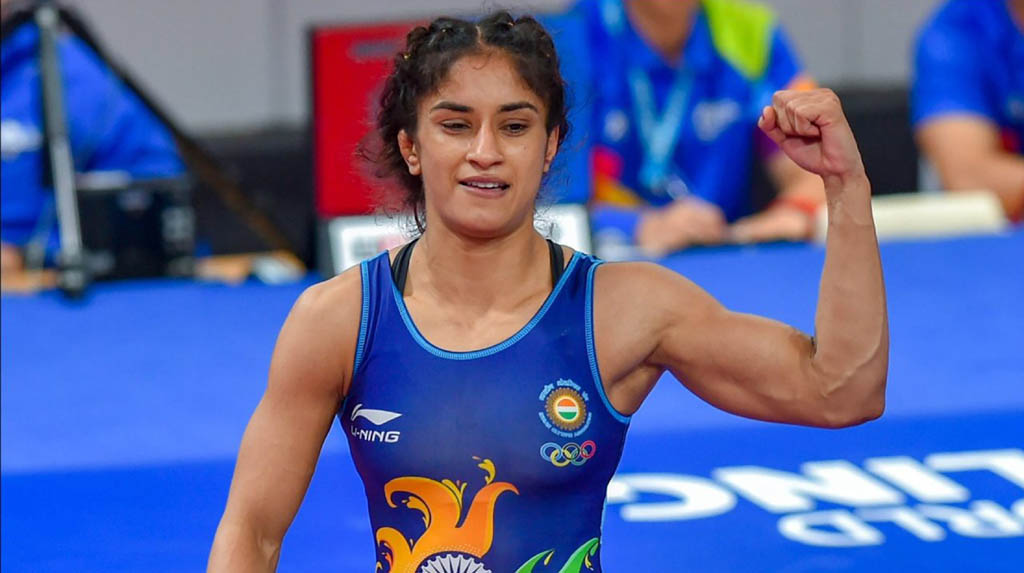 New Delhi: Asian Games gold medal-winning woman wrestler Vinesh Phogat has tested positive for the dreaded coronavirus. She was tested by the Indian government as per the protocol as she was to receive Rajiv Gandhi Khel Ratna, the country’s top sports accolade, here on Saturday.

“My test was done on Thursday and it has come positive. I am at home right. Now, my family members will also get tested tomorrow. I still didn’t feel any symptoms. I am absolutely fine,” Vinesh told IANS.

Earlier, Vinesh had pulled out of the national wrestling camp, scheduled to begin on September 1 in Lucknow. The Wrestling Federation of India later postponed the women’s camp.