Bilateral meeting between Prime Minister and President of Uzbekistan 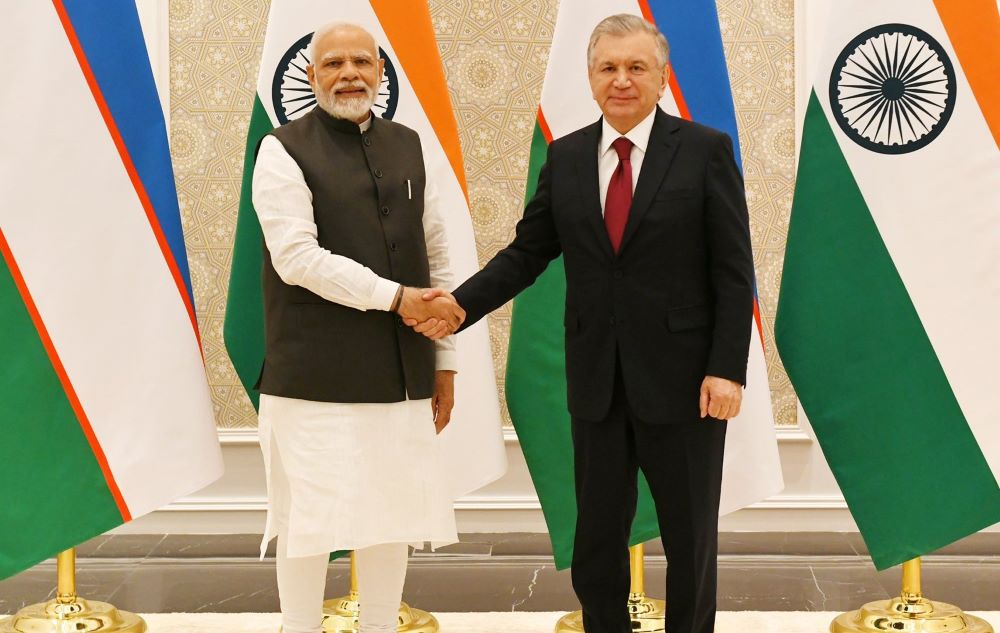 New Delhi: Prime Minister Shri Narendra Modi met the President of the Republic of Uzbekistan, H.E. Mr. Shavkat Mirziyoyev, in Samarkand, Uzbekistan, on the sidelines of the 22nd Meeting of the Council of Heads of State of the Shanghai Cooperation Organization (SCO).

This is a special year for the two countries as it marks the 30th anniversary of the establishment of diplomatic relations. The leaders appreciated the overall progress in bilateral relations, including the implementation of decisions of the Virtual Summit in December 2020.

The two leaders touched upon priority areas of bilateral cooperation, particularly trade, economic cooperation and connectivity. They stressed the need to make concerted efforts to diversify the trade basket and enter into long-term arrangements to promote trade and investment. Connectivity was considered key to unlock the potential in this regard, including greater usage of the Chabahar port and the International North South Transport Corridor.

The leaders emphasized cooperation in fields like Information Technology, healthcare, higher education etc., based upon India’s developmental experience and expertise. Opening of Indian educational institutions and partnership between Uzbek and Indian universities was welcomed.

Regional issues, including Afghanistan were discussed. The leaders were unanimous in their view that the territory of Afghanistan should not be used for terrorist activities.

The leaders attached great importance to the outcomes of the First India-Central Asia Summit held in January this year. They acknowledged the progress being made in the implementation of the Summit decisions.