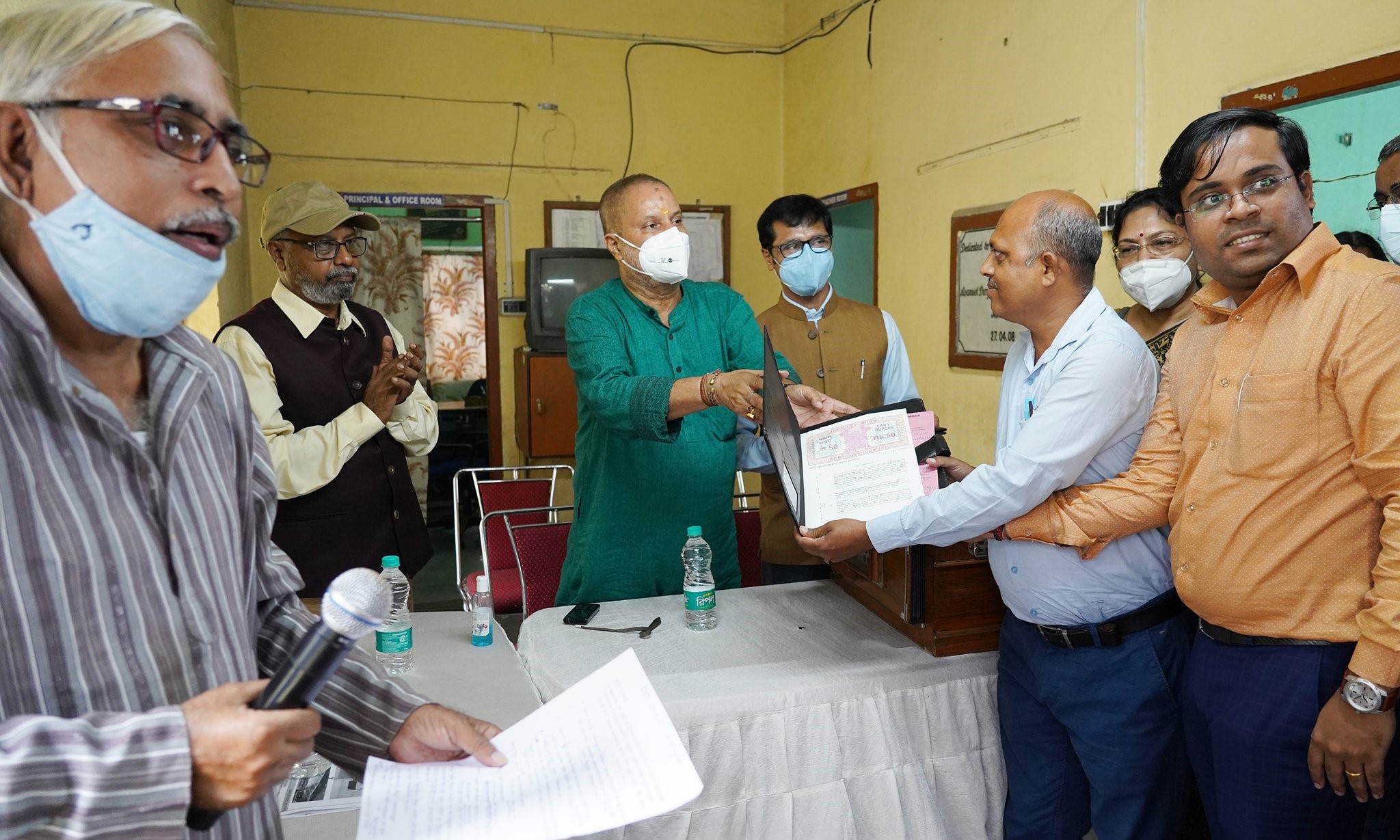 Prof. Harish Hirani, Director, CSIR-CMERI, while addressing the Press Conference shared his privilege at being able to hand over the indigenously developed Solar DC Cooking System to the Asansol Braille Academy, which has been doing a tremendous job in serving the Specially-Abled Children. It was a Dream of a ‘Pollution-Free India’ and the CSIR-CMERI developed Solar DC Cooking System is a small step towards realization of that dream.

The CSIR-CMERI developed Solar DC Cooking System has 20-25% better efficiency and more Economical in comparison with Conventional Solar based Cooking Systems which loses efficiency owing to AC-DC conversion. The simple Technology Design also ensures Ease-of-Manufacturing and thus provides a substantial Economic Opportunity for the Micro-Industries. Along with the widening of the popularity base of the Technology, there is a probability of improvement in Job Prospects.

This System will help in substantial curbing of Carbon Dioxide emissions; as even LPG usage emits Carbon Dioxide. The Technology once it reaches the market will cost in the range of Rs 65,000- Rs 70,000. Similar to other Solar Energy based products, if Government subsidies are provided there will be a significant reduction in the price of the product. Widespread usage of the CSIR-CMERI developed Solar DC Cooking System can also play a critical role in achieving the target of 200 GW of Solar energy as envisioned by the Prime Minister of India and also to save almost 290 million tons of Carbon Dioxide emissions.