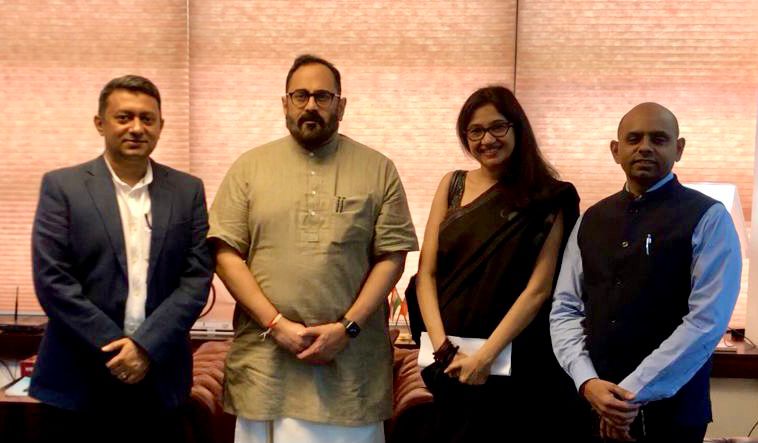 New Delhi: As part of Azadi ka Amrit Mahotsav celebrations, Rajeev Chandrasekhar, Minister of State for Electronics & Information Technology, launched an event to honor the outstanding contributions made by scientists and technologists in the domain of Electronics and IT. As part of the initiative, Ministry of Electronics & Information Technology (MeitY) has invited nominations of scientists and technologists who have made outstanding contribution in past 75 years in the field on Electronics & IT.  These nominations are being sought from people across the country on web portal www.innovateindia.mygov.in

Addressing the event, Chandrashekhar spoke about the vision of Prime Minister Narendra Modi who strongly believes in promoting scientific temper amongst the youth of this country. The Prime Minister has given a clarion call to transform India into AtmaNirbhar Bharat. A robust ecosystem of knowledge and innovation is mandatory to achieve this goal, is the PM’s vision.

Chandrashekhar mentioned that the post COVID global order offers immense opportunity to India as countries look to re-align their technology supply chains. India, over the past 75 years has proven its prowess in the field of Information and technology and the growth trajectory in the next 25 years shall be strongly driven by the electronics and IT sector.

Chandrashekhar added that the Ministry is fully committed to seize this opportunity and to translate the vision of Prime Minister.  Accordingly, Ministry of electronics and IT has come up with a novel initiative to recognize outstanding contributions made in the field of Electronics and IT since independence. The initiative shall highlight the scientific work and talent of scientists and Technologists which will in turn inspire present & future generations of Scientists and Tech Innovators.

The names of the selected Scientists and Technologists will be announced by MeitY after the selection process is complete.