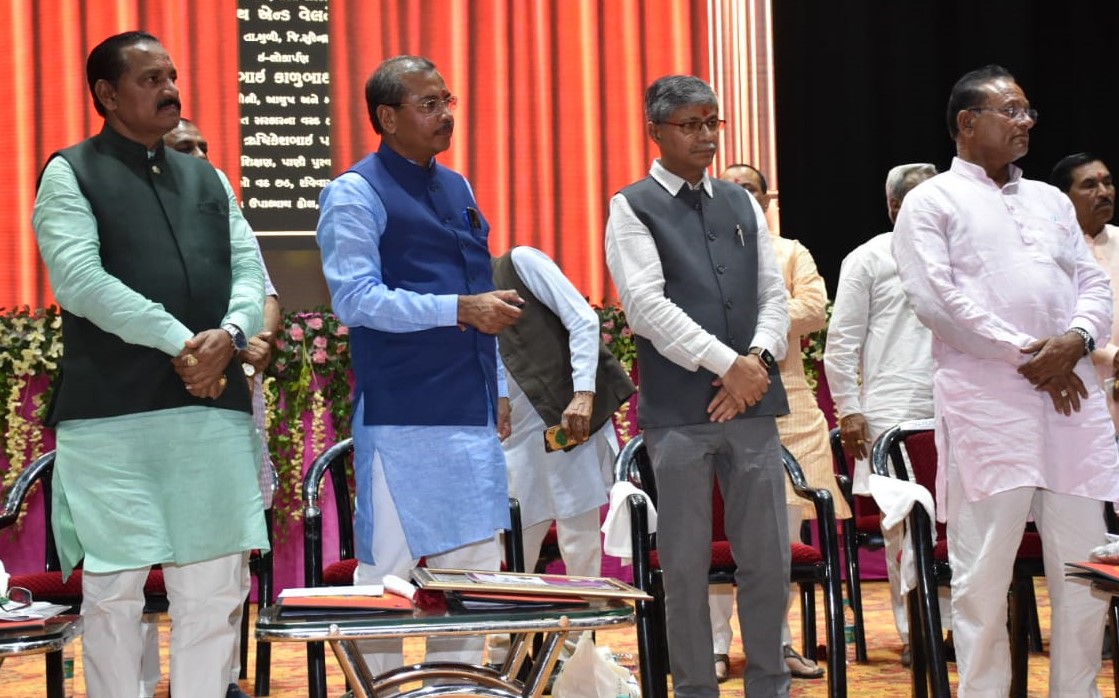 New Delhi: Minister of State for Ayush, Dr. Munjapara Mahendrabhai Kalubhai today laid the foundation stone for Government Ayurveda College and Hospital at Surendranagar, Gujarat. Ministry of Ayush under its centrally sponsored scheme National Ayush Mission (NAM) is supporting the efforts of Government of Gujarat for establishing state of the art Ayush facilities.

The ceremony was graced by Minister of Forest, Environment & Climate Change, Government of Gujarat, Shri Kiritsinh Rana, Secretary Ayush, Government of India Vaidya Rajesh Kotecha and other dignitaries from state and district administration.

Government Ayurveda College & Hospital will include an infrastructure for the College and a 100 bedded hospital, hostel block for students and staff quarter. For supporting research and innovation in Ayush sector an animal house and herbal garden will also be established in the campus.

On this occasion, Dr. Munjapara said, “quality medical education at affordable prices in Ayush sector is becoming a present-day reality and National Ayush Mission is adding wings to it. Our traditional medicine systems are efficacious, which are being practiced since ages. It’s only due to the efforts of our prime minister\’s that WHO-GCTM was established in Jamnagar. There were five Government Ayurvedic Colleges in Gujarat and now we are establishing a sixth one. It will immensely benefit the students and surrounding community.”

While addressing the gathering Vaidya Rajesh Kotecha, said “Today we witnessed the effort of establishment of yet another state of the art Ayurvedic institution in the state of Gujarat. Ministry of Ayush will provide all support and ensure this college and hospital is fully operational by 2024.”

On this occasion, Dr. Munjapara Mahendrabhai also flagged off six ambulances, four of which were approved by him under MPLAD scheme, for the service of local community.

Ministry of Ayush, through centrally sponsored scheme National Ayush Mission (NAM), aims to enhance the nation’s health care system by focusing on the core competency areas of Ayush. With support of State/UTs government it has adopted a strategy of co-location of Ayush facilities at Primary Health Centres (PHCs), Community Health Centres (CHCs) and District Hospitals (DHs), thus enabling the choice to the patients for different systems of medicines under a single window.