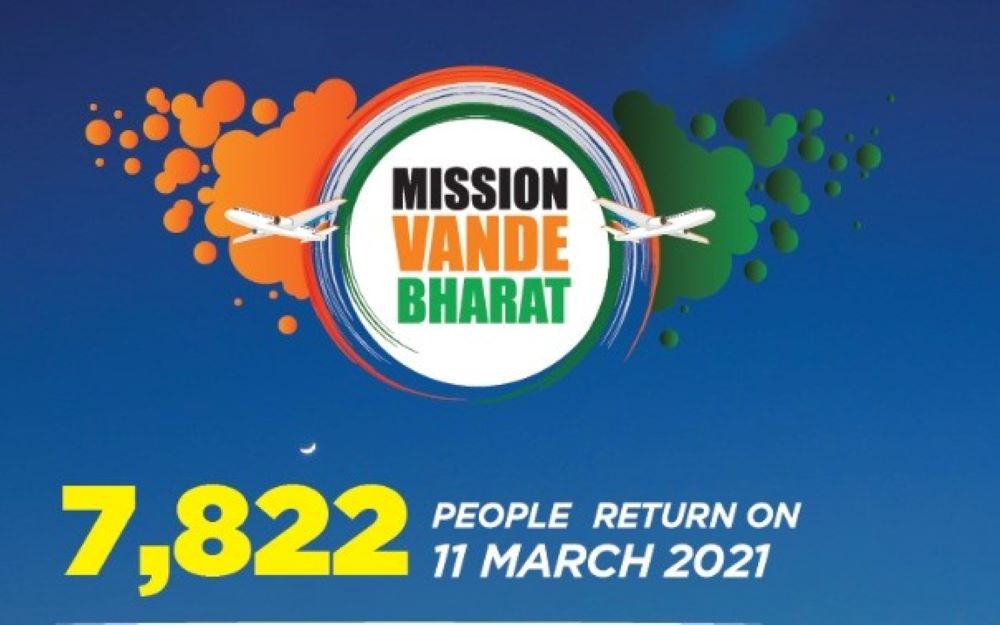 New Delhi, India’s massive evacuation programme triggered by the Covid-19 pandemic has brought back over 67.5 Lakh people from abroad.

In a tweet, Civil Aviation Minister Hardeep Singh Puri said that 67.5 Lakh people have been brought back and the numbers continue to grow. He said “It is not just a mission that brought back stranded & distressed citizens from around the world, but Vande Bharat has been a Mission of hope & happiness; of letting people know that they will not be left behind even in the most testing times.”

India had commenced one of the world\’s largest evacuation operations from May 7, 2020 to bring back its stranded citizens from abroad.

Initially, Air India and its subsidiary Air India express played a key role in the operations. Afterwards, other air carriers were allowed to take part in the programme.

Besides, aerial evacuation, even naval ships were used to bring back Indian citizens.