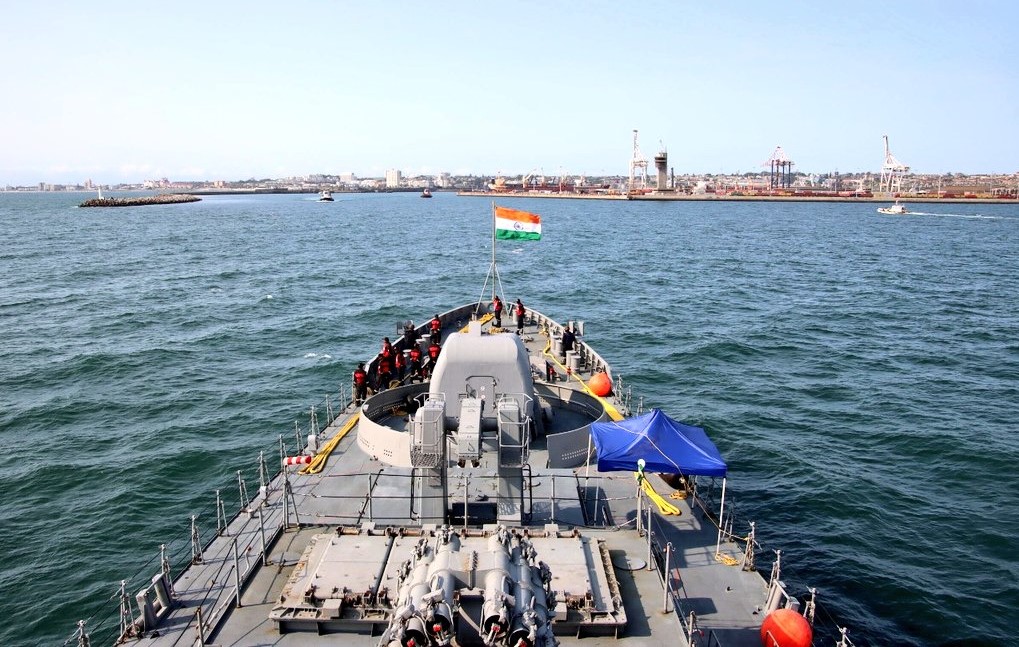 New Delhi: The 7th edition of IBSAMAR, a joint multinational maritime exercise, among the Indian, Brazilian and South Africa navies was held at Port Gqeberha (also known as Port Elizabeth), South Africa from 10 to 12 Oct 22. The Indian Navy was represented in it by the guided missile frigate, INS Tarkash, a Chetak helicopter and MARCOS special forces.

The opening ceremony of IBSAMAR VII was conducted on 11 Oct 22. The exercise progressed over three days that included both harbour and sea phases.

As part of harbour phase on 10 and 11 Oct 22, professional exchanges including DC & FF drills, VBSS/cross boarding lectures, joint diving operations, interaction among special forces and cross-deck visits were conducted. The sea phase of was held on 12 Oct 22 covering a broad spectrum of maritime operations. The debrief and closing ceremony were conducted onboard INS Tarkash off Port Gqeberha.