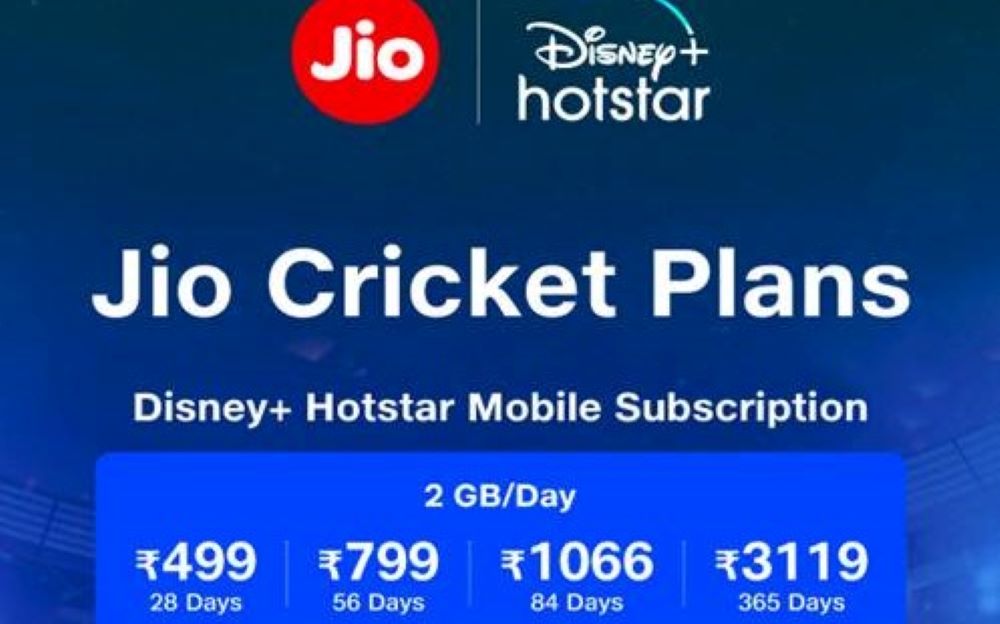 Under the new plan of Rs555 Jio Cricket data add on pack, users will get unlimited voices, unlimited data of 55 GB along with Disney+ Hotstar Mobile Subscription for 1 Year. The users can also avail benefit of complimentary subscription to all Jio Apps. The plan has validity of 55 days.

The other new plans is an annual plant of Rs2999 in which, users will get unlimited data of 2.5 GB per day with unlimited Voice and 100 SMSes per day. With validity of 365 days, it also offers complimentary subscription to Jio Apps and Disney+ Hotstar Mobile Subscription for 1 Year.

JioFiber users on Rs999 and above plan can watch all matches on their TV screens through Disney+ Hotstar app on JioSTB at no extra cost.
In the cricket season starting from Saturday, Jio becomes the only brand to partner with all ten teams, including two new teams – Ahmedabad and Lucknow.

The 2022 edition of the IPL returns in a refreshed avatar which now comprises 10 teams. Jio has been closely associated with this game. Since launch, Jio has been the official partner of all IPL teams, to deliver unprecedented value and entertainment to its users.

For IPL fans, Jio’s interactive game, Jio Cricket Play Along (JCPA), has returned for IPL 2022 with bigger and better rewards for participants. A free-for-all game, Cricket aficionados may also express their emotions via emoji stickers on a special chat bar on the game. Trivia fans may also tickle their grey cells with cricket-based quizzes.