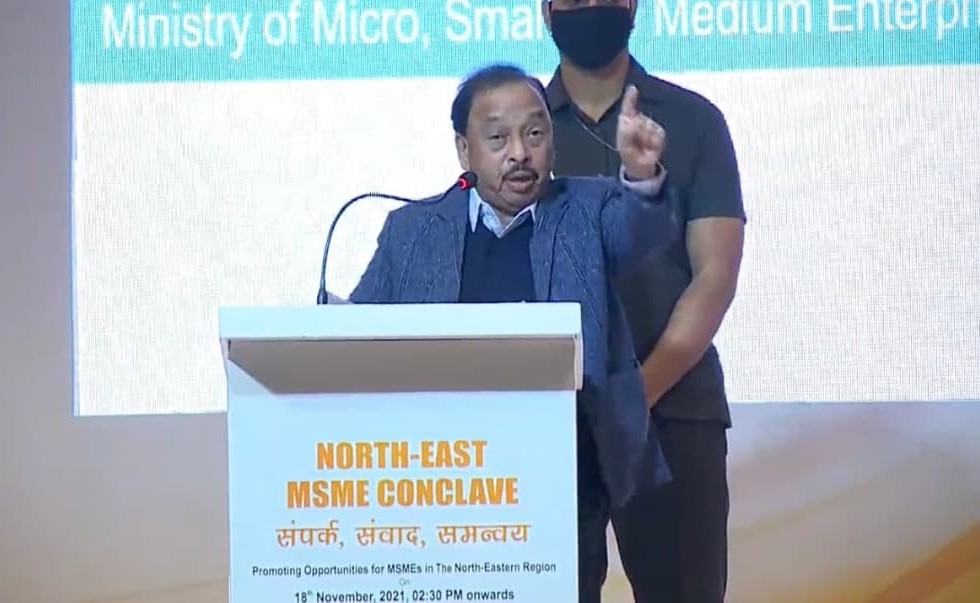 New Delhi: Union Minister for MSME Narayan Rane said that the MSME sector plays a significant role in terms of job creation and expanding manufacturing base. Speaking at the North East MSME Conclave in Guwahati today he said currently the sector consists of over 6 crore units employing over 11 crore people and is a seminal contributor to the economic growth with over 30% of contribution to GDP and over 49% of overall exports from India.

Rane said India can develop only when we develop the North-east and it is also the topmost priority of the Ministry of MSME.He also stated that the correlation between the Indian economy and the MSME sector’s performance has never been more aligned. This would continue to grow even closer in the upcoming years.

The Minister said given the impact of MSMEs on our economy, it is imperative that push is given to promote entrepreneurship amongst the youth and allow them to play an integral role in development of Indian economy thereby realizing the dream of 5 trillion economy.

Ministers from the State Governments of North Eastern States, who attended the Conclave, also emphasized that such conclaves will help the Region in its efforts towards encouraging entrepreneurship and enhancing competitiveness of the sector in the changed economic scenario.

This would also help in developing understanding about the schemes implemented by the Ministry of MSME as well as initiate a dialogue with the State Governments and other stakeholders that would help in better planning and execution of policies for the sector.