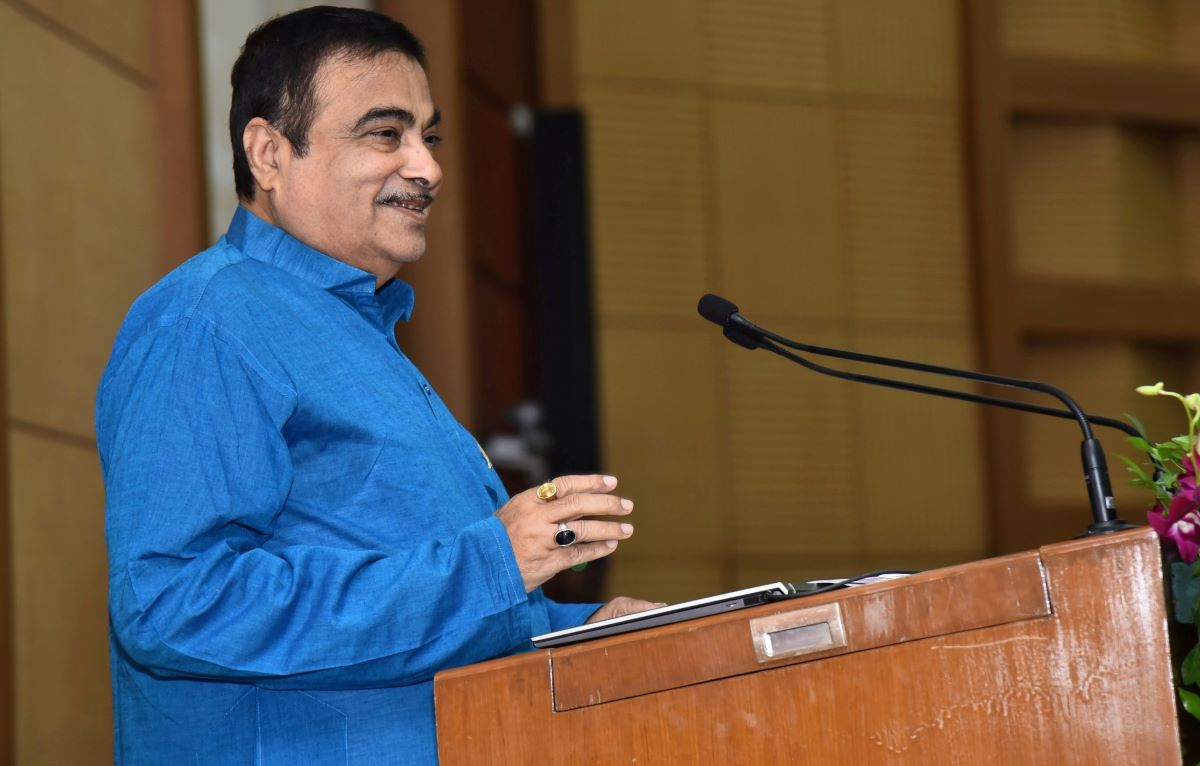 Mumbai: Union Minister Nitin Gadkari today asked the IITians to focus their research on use of bio-technology for production of bio-CNG, bio-LNG and green hydrogen from bio-mass. We are moving towards use of green hydrogen at a large scale, he said. The Union Road Transport and Highways Minister was speaking at Alankar-2022, a global leadership summit organized by Shailesh J Mehta School of Management in IIT Bombay today.

We require prioritizing needs-based research, he further said to the IIT Bombay students. He said research should come up with Import substitute, cost-effective, pollution free, indigenous solutions. “We need to identify the commodities being imported in the country and then focus on developing Swadeshi alternatives for those. This will lead to decrease in imports, increase in exports and making our economy stronger”. Proven technology, economic viability, availability of raw materials and marketability should be considered for all research projects, he said.

The Minister also said that 65 percent of our population depends on agriculture, though Agriculture GDP is only 12 percent. He further said that the country has 124 districts, comprising a considerable proportion of the population, which are socially, economically and educationally backwards. He urged the IITians to prioritize on research for forest-based industries, agriculture and rural technology, tribal sectors in those districts. “We need to identify the rural, agricultural raw materials which have the potential to bring about a revolution. It will bring about a lot of development and create employment opportunities”, he added.

Stating that green hydrogen will be used in various industries like chemicals, fertilizers, steel etc, and also in transportation sector in the future, the Minister urged the young, talented engineering man-power of the country to do research on manufacturing green hydrogen from electrolysing sewage water and bio-digestion of organic wastes.

This will also help municipalities of the country in implementing Swacch Bharat Mission along with value-addition in the form of waste to wealth, he added. In this context, the Minister narrated how the Nagpur Municipal Corporation has practically demonstrated this philosophy of waste to wealth by undertaking treatment of sewage water and then selling it to the state power producer Mahgencos for their power projects at Koradi and Khaparkheda Thermal Power Stations which is generating an annual revenue of Rs 325 crore for them.

We should become an energy-exporting country in the future, he said. He urged the IITians to take up a big challenge which is to be solved for fulfilling the Prime Ministers dream of Aatmanirbhar Bharat. Energy crisis is our problem, said the Minister. While solar energy forms 38 percent of the country’s power basket and its share is being increased, we still cannot let go of thermal power in the fastest growing economy of the world, he added. However, Pollution is a big concern for our environment and ecology and our country used to import fossil fuel to the tune of Rs 16 lakh crores, he stated. Hence, we need to focus on green fuels, said the Minister.

Green hydrogen can be produced in our country from molasses, B-Heavy molasses, sugarcane, broken rice, bamboo, foodgrains, agro-wastes. In Assam a project of producing ethanol from bamboo has started, IOCL project in Panipat forms 150 tonne bio-bitumen per day from rice straw (or parali as in called in Hindi), an agro-waste product which is the major cause of air-pollutionin Delhi and neighbouring areas in the winters.

This project is also generating 1 lakh litre bio-ethanol. Besides, 5 tonnes of parali also gives 1 tonne bio-CNG at the IOCL plant, informed the Minister. In this context, he said, water, power, transport, communication are pre-requisites for industry, which in turn will bring about capital investments and employment.

Speaking about alternative fuel based transport, Nitin Gadkari stated that companies are making motor-cycles and scooters run on bio-ethanol fuel. Now research has shown that ethanol’s mileage is same as that of petrol, whereas the price of ethanol which is around Rs 60 is much lesser, he added.

Stating that research organizations should not work in silos, Nitin Gadkari urged that research papers should be made public. This calls for cooperation, coordination and communication between the stakeholders, he added.

Speaking about the technological revolution in road and transport sector, the Union Road Transport and Highways Minister informed that a tunnel to connect Ladakh and Leh is coming up, which will be built at a cost of Rs 12000 crore. “A lot of research has gone into it, which led to a saving of around Rs 5000 crore”. He informed that an IITian led a pilot-project for developing funicular railway over there. Now, the project has led to development of a smart transportation solution to be implemented in the form of funicular railway transportation of people, two- wheelers and flocks of sheep between those rugged mountain ranges.

He also spoke of a study being conducted for a smart transportation solution for traffic-congestions of Bangalore. He urged IIT students to also focus their researches on new technologies for transport sector. He said there is a potential to run 10 lakh electric buses in the country, comprising of double-decker, AC and luxury buses. Now electric vehicles have become popular in the country, he commented. There are 400 start-ups in the country working for electroc vehicles, he informed.

Nitin Gadkari said that a lot of successful start-ups have started from IITs. He advised the young talents to focus their research more for upliftment of villages, poors, workers and farmers. “Work to develop technologies to bring an end to poverty, hunger and unemployment in the country, because that will be beneficial to the country for socio-economic transformation.

Honesty, reputation and credibility are the biggest capital of 21st century. Try to become job-givers, not job-seekers”, advised the Union Minister to the IIT Bombay students. Speaking of building a $5 trillion economy and Aatmanirbhar Bharat, Nitin Gadkari said, knowledge with entrepreneurship, successful technology and human values are at the core of success.

The Director of IIT Bombay Prof. Subhasis Chaudhuri and students at the institute were present on the occasion.