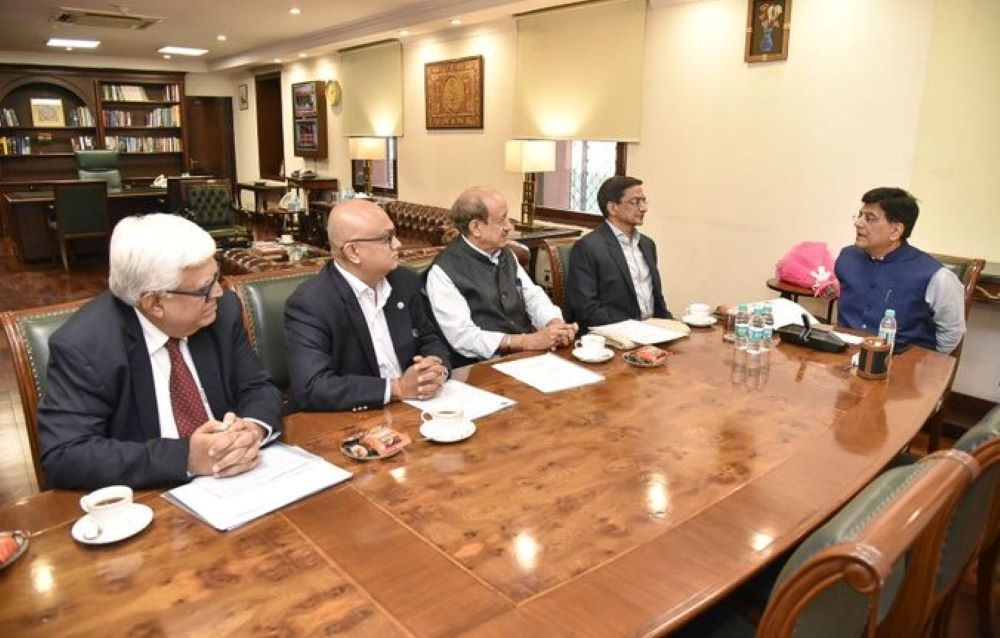 The Minister exhorted the export promotion bodies to give an active push to exports and maintain the momentum of healthy growth recorded in the previous year.

Shri Goyal asked the various sectoral leaders to utilize the disruptions in the global trade in their favor by occupying the space yielded by some countries. He asked Indian industry to support each other to create synergies and promote growth in a spirit of nationalism.

He told industry to strive to retain export markets even if they are to make temporary changes in their pricing structure to accommodate short term challenges.He encouraged exporters to explore unique products with good export potential such as castor and instructed officials of the Ministry to act proactively to promote these products.

The Commerce Minister also asked officials to analyze export data on the basis of sectors, commodities and markets to find out areas of opportunity for Indian exports. The Minister called for open channels of communication between export promotion bodies and industry bodies with the government so that issues being faced may be flagged and resolved at the earliest.

Commerce Secretary, Shri Sunil Bartwal gave the opening remarks at the review meeting and elaborated upon the various steps taken by the Ministry to push exports. Director General of Foreign Trade, Shri Santosh Sarangi made a presentation on latest export trends and prospects.