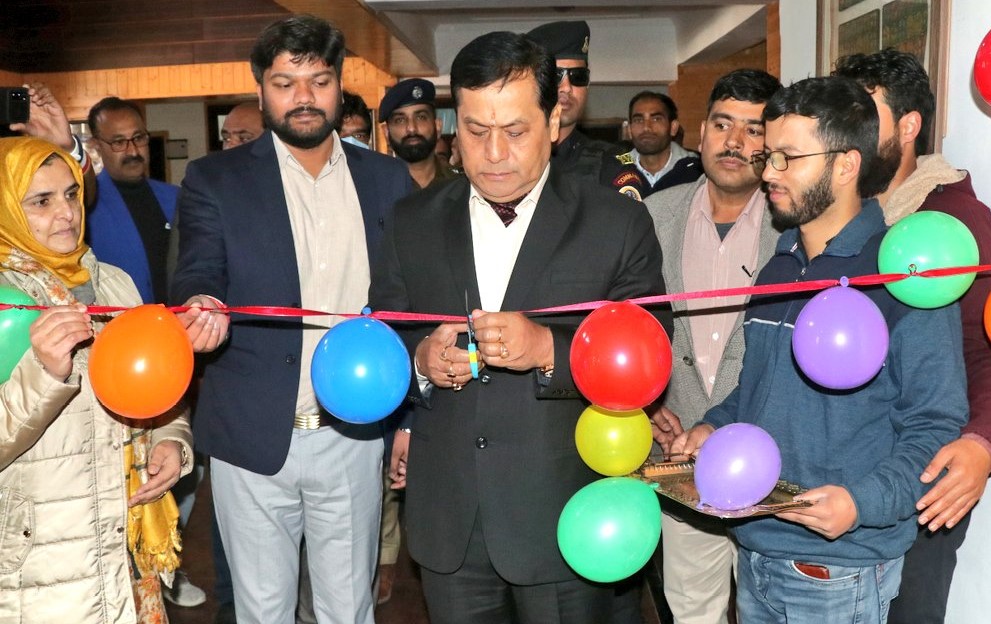 With the focus of the government to enable traditional medicinal practices to supplement modern patient care, the Ayush Utsav was launched with the inauguration of a seminar titled ‘Bridging the Gaps in Healthcare: Ayush, a Promising Recourse’ was inaugurated by the Union Ayush Minister.

The discussion also witnessed display of medicinal herbs, posters by the students as well as a video documentary by the Directorate of Ayush at the premises. A video documentary was also displayed to showcase the strengths & progress Ayush system of medicine has achieved in Jammu & Kashmir.

Speaking on the occasion, the Shri Sonowal said, “The importance of our rich traditional medicinal practices must be optimally used for the benefit & enrichment of human lives. Under the dynamic leadership of Prime Minister Narendra Modi ji, there has been a concerted effort to promote the Ayush medicinal practices and supplement it with the modern medicinal treatments for a holistic recovery and wellness of the people.

Taking the vision of Modi ji forward, it is a matter of great pride that the Global Centre of Traditional Medicine is coming up in Jamnagar, Gujarat. This is a brilliant news for further bolstering of the traditional medicinal practices in India as well as globally.”

The Minister was apprised by CMO Ganderbal about the significance of First Aid/BLS Training and the keen focus of Director Health Services,Kashmir in outreach skills based training programmes for the interest of general public at large. Later the minister was briefed by the Master Trainer BLS of DHSK about the BLS modules that are being deliberated to the stakeholders on simulation based methodology. The training is first of its kind and is being conducted for the first time in Sonmarg as it is thrown open as all weather tourist destination.

Union Minister also visited Trout Fish farm – hammer – and inspected the facilities available at the farm like race ways, circular pond, stocking pond, ova house, indoor rearing hatchery, trout feed mill, recreational fish pond etc. The Minister keenly observed the briefing on activities of rainbow trout fishing including the training, research, supply chain management & how support from the government has been helping the young entrepreneurs in the business. The minister was informed that rearing capacity of the farm is 0.25 lakh and hatching capacity is 4 lakh.

Shri Sonowal visited National Fish Seed Farm Manasbal where Chief Project Officer briefed the Minister about the importance of the National Fish Seed Farm Manasbal and the various activities taken for propagation of fish culture both in culture and capture sectors. Highlighting the achievements of fish seed production, the Minister was informed that about 40.00 Lacs of Carp Fish Fry production was achieved during the year 2022-23, out of which a considerable number of fish seed has been stocked in natural water bodies under aqua-ranching programme and also supplied to various private and Government Carp Fish Farms.

The Minister was briefed about the fish seed production, rearing and subsequent sale of the fish and the fish seed besides the progress of Centrally Sponsored Schemes likewise, Low cost house, Auto Rikshaw, Fishing crafts and gears and other welfare schemes being operated for upliftment of Fishermen community. In addition the Minister was briefed about the state of art Trout Feed Mill, Manasbal which is catering the demand of Trout Feed in private sector as well as Government throughout UT Jammu and Kashmir and Ladakh.

The minister visited Manasbal park where he a started plantation drive within the park under ‘Green Kashmir’ initiative. The Minster also visited the P-4, Basic Seed Farm, Central Silk Board, Ministry of Textiles, Govt. of India, Manasbal, Safapora. Dr. Rajesh Kumar, Senior Scientist / Head explained about the Bioboltine Silk of Kashmir and the importance of this Stations in India. It is the only Station to maintain the temperate basic silkworm seed as well as mulberry temperate mulberry national and international germplasm bank in India. On the occasion minister also interacted with the sericulture farmers of this district.

Earlier, Dr Mohan Singh, Director, Ayush, J&K also elaborated the achievements of the department to make Ayush practices a house hold name across the union territory. AYUSH Health & Wellness Centers have been established and Yoga instructors have been engaged in all AYUSH Health & Wellness Centers for promotion of health and Prevention of Diseases through YOGA Asans, Dr Singh added.

It is to be noted that the GUMC, Ganderbal has been constructed at a cost of 32.50 crores by J&K Housing Board. Pertinently, the Government Unani Medical College (GUMC) and Hospital Ganderbal Kashmir was granted permission by Central Government to start the First Batch of Bachelors in Unani Medicine and Surgery (BUMS) course from the academic session of 2020-21 with an intake capacity of 60 seats.