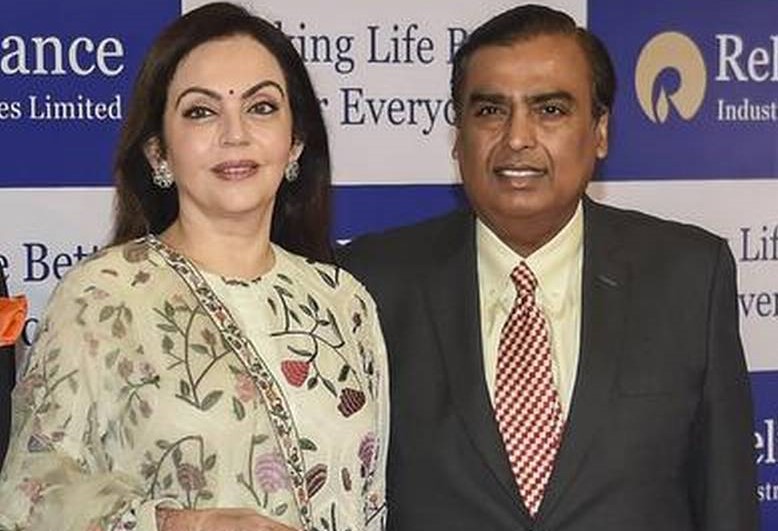 New Delhi, As the coronavirus crisis erodes stock markets and share values, Reliance Industries’ Chairman Mukesh Ambani’s wealth has declined by $19 billion (Rs 1.33 lakh crore) or 28 per cent, according to a report by Hurun Research.

The report said, with the fall in his net worth, Mukesh Ambani is not among the top 10 richest persons in the world. He is now the 17th richest in the world along with Michael Bloomberg.

Anas Rahman Junaid, MD & Chief Researcher, Hurun Report India, said: “India’s top entrepreneurs have been hit by a 26 per cent drop in the stock markets and a 5.2 per cent drop in the value of the Rupee compared with the US Dollar. For Mukesh Ambani, it has been a perfect storm, with his wealth down 28 per cent.”

The report noted that he lost over $300 million a day these past two months.

The recent fall impacted businesses across the world and three other Indian corporates who were among the Hurun Top 100 were dropped off the list. The three were Gautam Adani, whose net worth is down 37 per cent or $6 billion, Shiv Nadar (down 26 per cent or $5 billion) and Uday Kotak (down 28 per cent or $4 billion).

It said that the stock markets across the world have dropped significantly in the past two months, with the Dow Jones down 21 percent, India, France, Germany and the UK down a quarter, Japan down 18 per cent and Hong Kong down 10 per cent. The only major stock market to see a gain was China, up 0.2 per cent.

Rupert Hoogewerf, Hurun Report Chairman and chief researcher, said: “The last two months have wiped out all the wealth made in the past two and a half years, with the World’s Top 100 down 12.6 per cent or $408 billion, equivalent to each of the Hurun Top 100 losing $75mn a day.”