NMDC Signs MoU with RailTel for ICT and Digital Solutions 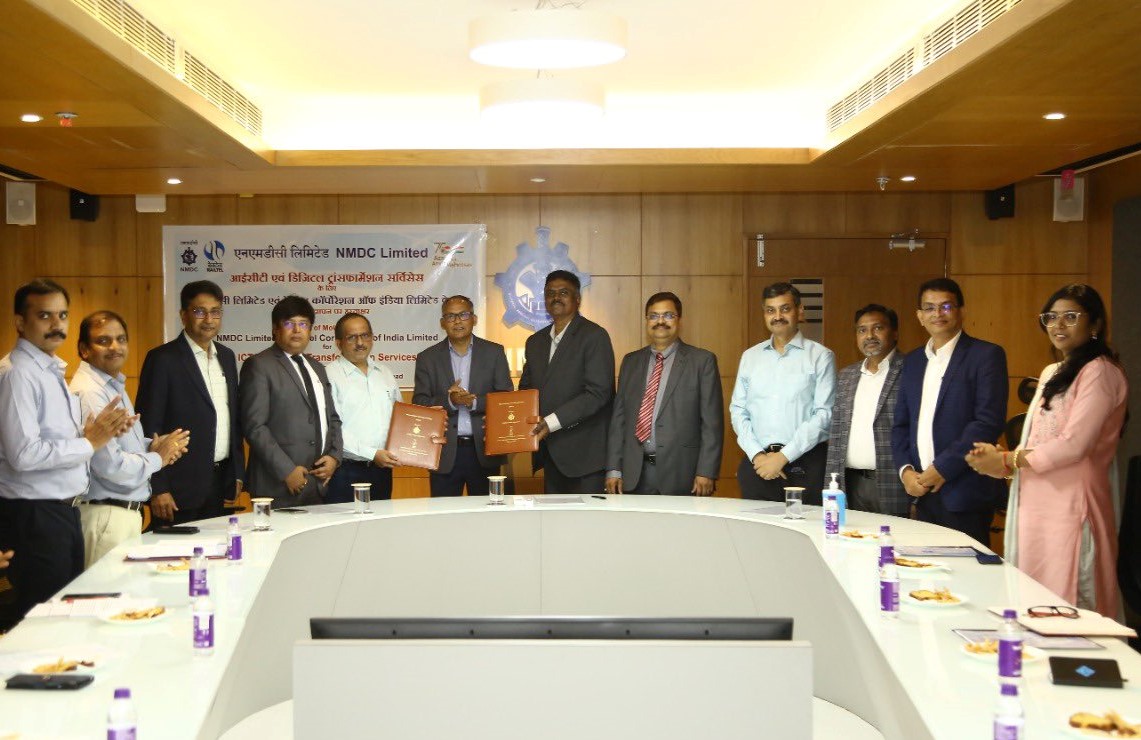 New Delhi: Mining major NMDC and RailTel Corporation of India have entered into an agreement covering ICT and Digital Transformation Services of NMDC, both at its Corporate Offices and Mining Complexes.

An MoU to this effect was signed by Shri H Sundaram Prabhu, GM (C&amp;IT), NMDC and Shri Manohar Raja, Executive Director, RailTel in the presence of CMD,NMDC, Shri Sumit Deb at NMDC’s headquarters in Hyderabad on Monday.

CMD, NMDC Shri Sumit Deb said that this partnership will focus on optimal utilization of resources and build mineral accountability, paving the way for a robust digital transformation in the mining sector. As India’s leading miner, NMDC has been an early adopter of automation and digitalization. Our collaboration with RailTel will accelerate this journey that we are already on .

Director (Finance) ,NMDC, Shri Amitava Mukherjee said that RailTel will provide Consultancy, Project Management and Execution services that will enhance efficiency and transparency. It is a huge step forward to keep NMDC in the top league.

This MoU builds on the partnership that NMDC already has with the National Railway Telecom which has been providing MPLS VPN at 11 of NMDC’s locations, and Internet Leased Lines (ILL) at 7 locations and High-Definition Video Conferencing solutions since 7 years