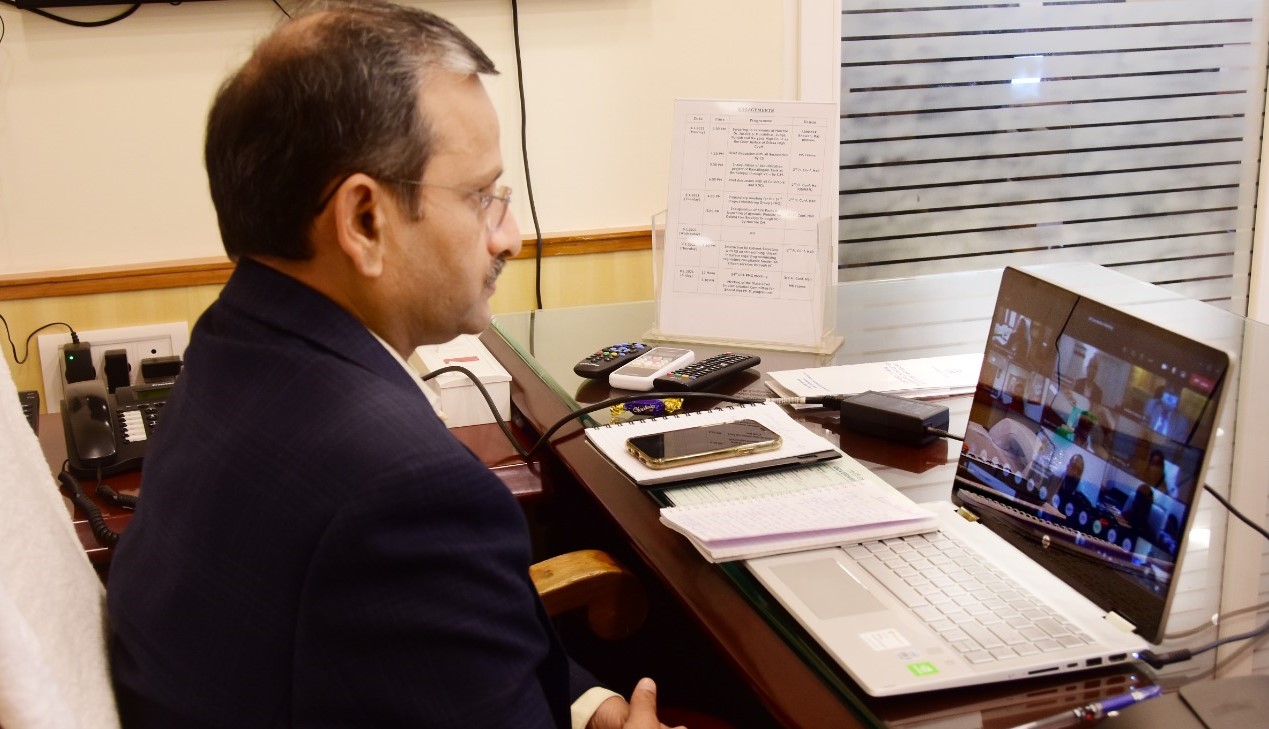 Bhubaneswar: The projects of worth 640.55 cr was approved under  Odisha Mining Bearing Area Development Corporation or OMBADC in the sectors of the development of the secondary schools, environmental monitoring and sports development in urban local bodies (ULBs) of the mineral bearing districts.

These approvals were accorded in the Board of Directors meeting held under the Chairmanship of Chief Secretary Sri Suresh Chandra Mahapatra in on digital mode from Lokseba Bhawan wherein Chief Executive Officer (CEO) of OMBADC Smt Uma Nanduri presented the necessity and expected outcome of the projects for discussion.

Giving nod to the projects, Chief Secretary Sri Mahapatra directed to provide global level education and exposure to the students under secondary school development programme. Sri Mahapatra said since the smart class room, e-library, science lab, ICT lab would be developed through the new project, the teachers must focus on providing best education to the students with global exposure.

Such facilities, added Sri Mahapatra “should enable our children to compete with any one at national and global level”. He also emphasized on development of the play ground and joyful ambiance and a learning eco-system.

CEO Smt Nanduri appraised that a total number of 889 secondary schools in the districts of Angul, Dhenkanal, Deogarh, Jajpur, Jharsuguda, Mayurbhaj and Sundargarh districts were included under the project with estimated amount of Rs. 533.40 cr.

The proposal for development of multipurpose indoor stadiums estimated at a total of Rs.104.15 cr for eleven ULBs in mining affected districts were also sanctioned in the meeting. These included nine municipalities namely Belpahar, Brajrajnagar, Anandpur, Barbil, Birmitrapur, Rajganjpur, Rourkela and Vyasnagar Municipality; and, two NACs namely Champua and Joda.

The project on application of ICT and data science for development of the environmental information system in the mining areas of Odisha estimated at Rs.3.10 cr was also sanctioned in the meeting. The project envisages development of a comprehensive data base on periodic environmental data collected from mines through different statutory returns, clearances and compliances.