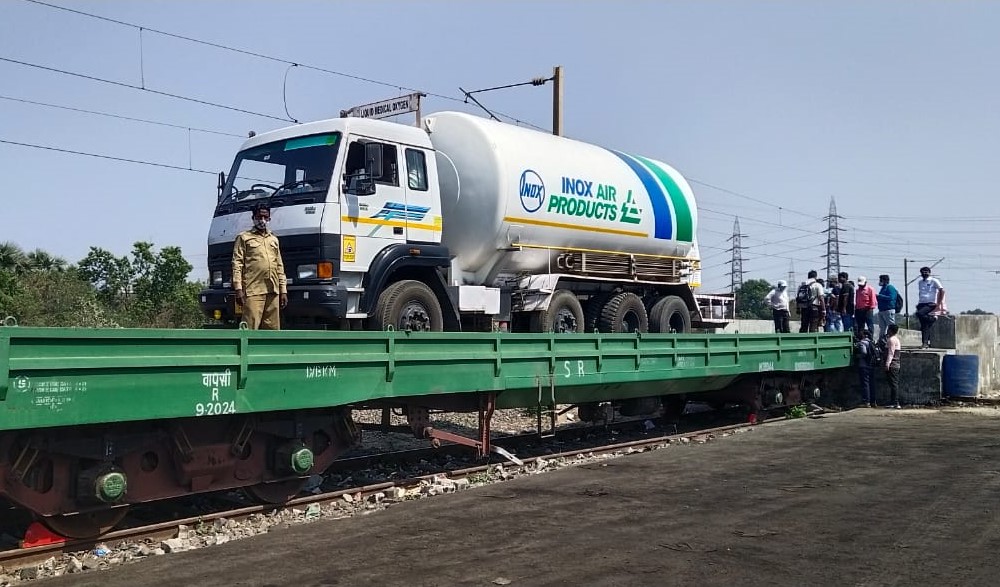 Haryana Govt. has also requested Railways for Oxygen Express. Currently, tankers are being loaded in Faridabad, which will be sent for filling to Rourkela. As of now, It is planned that 2 Oxygen Express with a capacity of 5 tankers each will be run specifically for Haryana.

4th Oxygen Express destined for Lucknow will be reaching Lucknow today carrying three tankers of LMO. Another empty rake is on its way (6th) from Lucknow to Bokaro, which will bring another set of oxygen tanker replenishing oxygen supply to Uttar Pradesh. Continuous Oxygen Express to Uttar Pradesh is ensuring uninterrupted oxygen replenishment to the residents of UP.