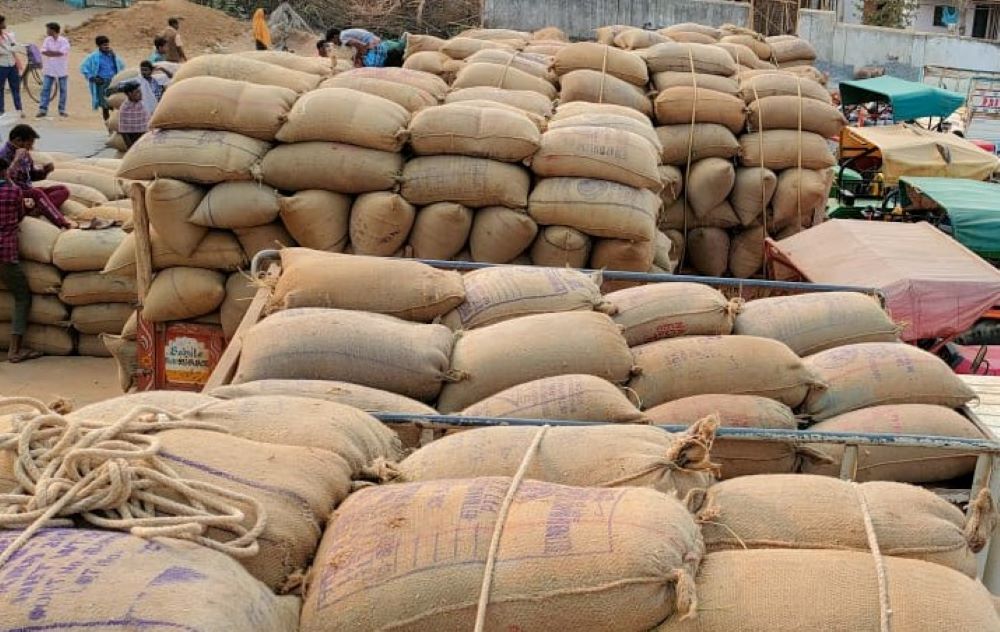 New Delhi: Widespread rainfall has been experienced across Punjab and Haryana during second fortnight of September 2021. Untimely showers have affected the standing paddy crop in both the agrarian states. The maximum temperature at most of the places has also been recorded below normal due to downpour. Again there was heavy downpour on 29.9.21 and 30.9.21 in some parts of the States of Punjab and Haryana. Because of the untimely rains, maturity of paddy grains is delayed. As per Indian Meteorological Department (IMD) data, rainfall during September 2021 is 77% and 139% above normal in Punjab and Haryana respectively.

Govt. of Haryana also wrote to Department of Food & Public Distribution under Ministry of Consumer Affairs, Food and Public Distribution intimating about the untimely rain and requested for relaxation in moisture content in the paddy. On the basis of moisture content check by FCI’s Regional Offices at Punjab and Haryana, it was reported that paddy samples are having moisture ranging from 18% to 22% in Punjab and 18.2% to 22.7% in Haryana against the permissible limit of 17%. Accordingly, to save farmers from inconvenience and to protect farmer’s interest, Government of India decided that procurement of paddy under MSP operation would commence from 11th October 2021 in Punjab and Haryana and advised all agencies to gear up dying to help farmers.

Procurement of paddy at high moisture content is fraught with risk of increase in damage percentage of rice grain. Also the grain will become vulnerable to shriveling, blackening, discolouration and prone to infestation. This may lead to rejection at procurement centres and would lead to distress sale of paddy and consequent loss to the farmers. The better course would be to harvest the paddy crop offered after a period of 10 days i.e. after proper maturity then the problem of moisture in the paddy grain can be minimized. Accordingly, State Government of Punjab and Haryana have also been requested to advise their agencies to dry the paddy already arrived and further produce may be brought to the mandi after proper drying.

The decision to start the procurement of Paddy under MSP from 11th October 2021 in Punjab and Haryana is in the overall interest of farmers and consumers as well so as to accept paddy stock as per FAQ specifications to ensure quality procurement for millions of consumers under PDS of National Food Security Programme. However, moisture content is the main determining factor.