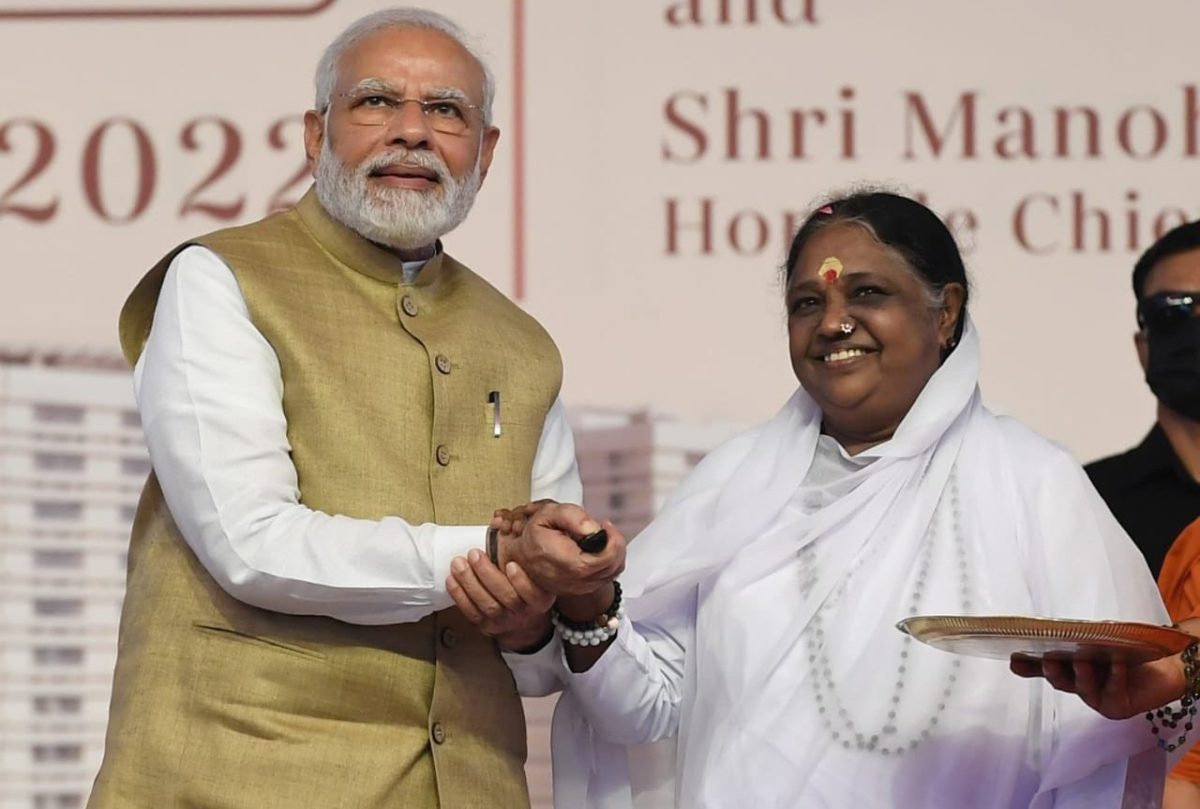 Speaking on the occasion, the Prime Minister said that as the country is entering the Amrit Kaal and collective aspirations and resolutions are taking shape, it is fitting that the country is getting the nectar of blessings of Sri Mata Amritanandamayi. He said that this hospital is a blend of modernity and spirituality and will become a medium of accessible and affordable treatment for needy patients. “Amma is the embodiment of love, compassion, service and sacrifice. She is the carrier of India’s spiritual tradition”, he said.

Dwelling on the great tradition of service and medicine of India, the Prime Minister said, “India is a nation where treatment is a service, wellness is a charity. Where health and spirituality, both are related to each other. We have medical science as a Veda. We have also given the name of Ayurveda to our medical science.” He reminded the gathering that India never allowed its spiritual and service legacy to go into oblivion even during the difficult period of slavery for centuries.

He noted the good fortune of the nation that spiritual energy in the form of saints like poojya Amma always pervaded all the corners of the country. The Prime Minister further added that this system of discharging the responsibilities related to education and medicine by our religious and social institutions is in a way the PPP model of old times. “It is called Public-Private Partnership, but I also see it as ‘Paraspar Prayas’ (mutual effort)”, the PM said.

The Prime Minister remarked on the Made in India vaccine, and the kind of propaganda that was unleashed by some people. As a result, many kinds of rumors started spreading in the society. The PM further added that when the religious leaders and the spiritual teachers of the society came together and asked the people not to pay heed to the rumours, the effect was immediate. India did not face the kind of vaccine hesitancy as seen in other countries.

Recalling his address to the nation from the ramparts of the Red Fort, the Prime Minister said that he has placed a vision of the five vows of Amrit Kaal in front of the country and one of these five vows (Pran) is the complete renunciation of the mentality of slavery. He remarked that it is also being discussed a lot in the country at this time. The Prime Minister said, “When we give up this mindset, the direction of our actions also changes.” This change, he continued, is visible in the healthcare system of the country as there is growing faith in the traditional knowledge of the country. Yoga has global acceptance today and the world will celebrate International Millet Year next year.

While concluding the address, the Prime Minister said that today, Haryana is one of the leading states in the country where every house has been connected with a piped water facility. The Prime Minister congratulated the people of Haryana for their excellent contributions to the Beti Bachao, Beti Padhao campaign. He further added that subjects like fitness and sports are in the culture of Haryana.