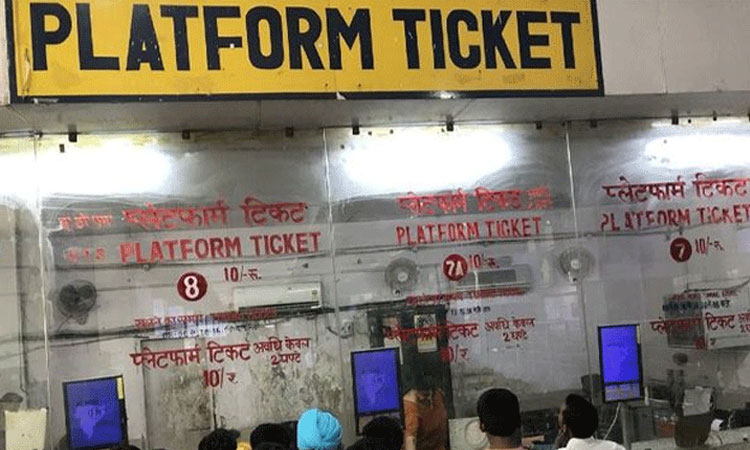 NEW DELHI: Responding some reports in the media regarding the price of platform tickets, Indian Railways has clarified that the trend is temporary.

Hike in price of platform ticket is a TEMPORARY measure and is a field activity undertaken by railway administration in the interest of safety of passengers and to prevent overcrowding at stations, Ministry of Railway has clarified.

Deterring more persons to visit station, the platform ticket charges are increased from time to time after assessing ground situation.

This is in practice for many years and is used occasionally as a SHORT-TERM crowd control measure. There is NOTHING new about it, it added.

Considering the upsurge of COVID in few states, Indian Railway is discouraging people from unnecessary crowding at the platforms .Rush at the platforms during pandemic situation also needs to be regulated. The exercise is in Public interest only, it elaborated.

In March 2020, many divisions in Railways enhanced the platform ticket price at various stations to avoid crowding. Later, this was revoked over a period of time for example Central Zone, ECR to name a few.

During festivals like Chathh, Diwali or Melas etc as well in different zones it is often temporarily increased and later on rolled back.

Regulation and controlling of crowd at stations is the responsibility of DRMs. Powers are delegated to DRMs since 2015 to raise platform ticket to regulate rush at platforms during specific requirements like mela, rally etc.

The power to change charges of platform ticket has been delegated to DRM s due to field management requirement, the Ministry has maintained.`