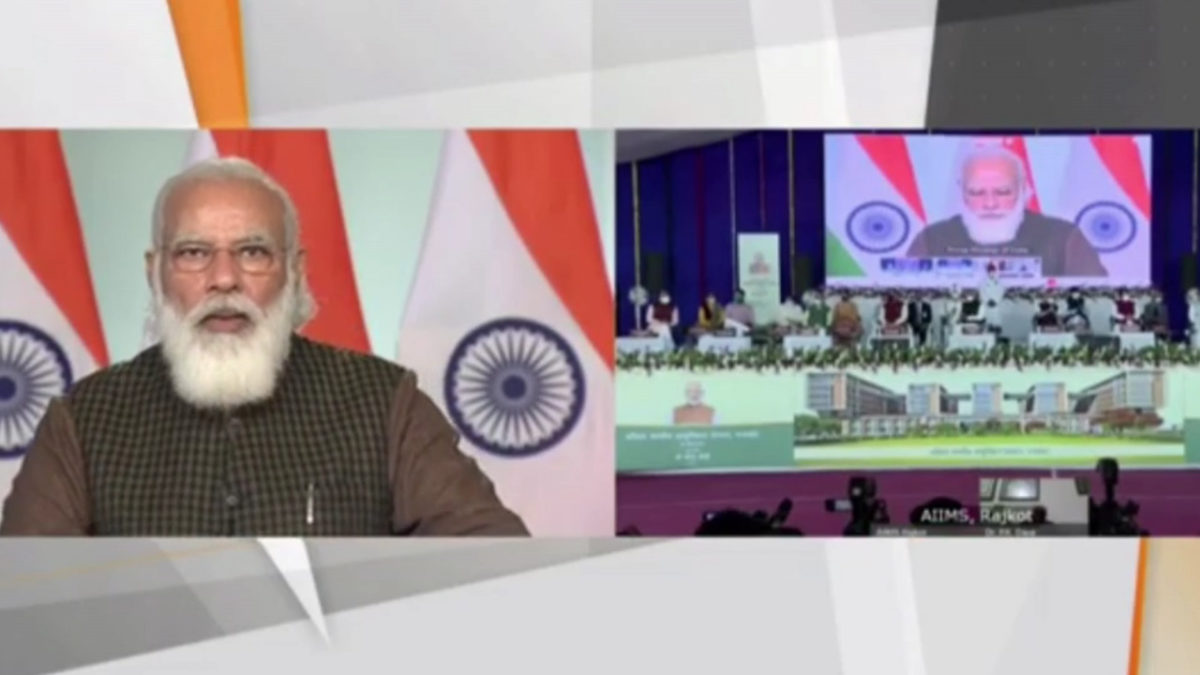 `Modi said AIIMS Rajkot will boost health infrastructure, medical education and provide employment opportunities in Gujarat. He said about 5 thousand direct jobs and many indirect jobs would be created. Lauding the efforts of Gujarat in fighting COVID, the Prime Minister said Gujarat has shown the path in fighting COVID. He credited the robust medical infrastructure in Gujarat, for Gujarat’s better handling of Corona challenge. He said two decades of relentless effort, dedication and resolve is behind this success of Gujarat in the medical sector.

The Prime Minister said even after so many decades after independence, only 6 AIIMS were established in the country. During Atal ji’s government in 2003, steps were taken to establish 6 more AIIMS. He added that in the last 6 years, work on 10 new AIIMS has started and many have been inaugurated. He said along with AIIMS, 20 Super Specialty Hospitals are also being constructed.