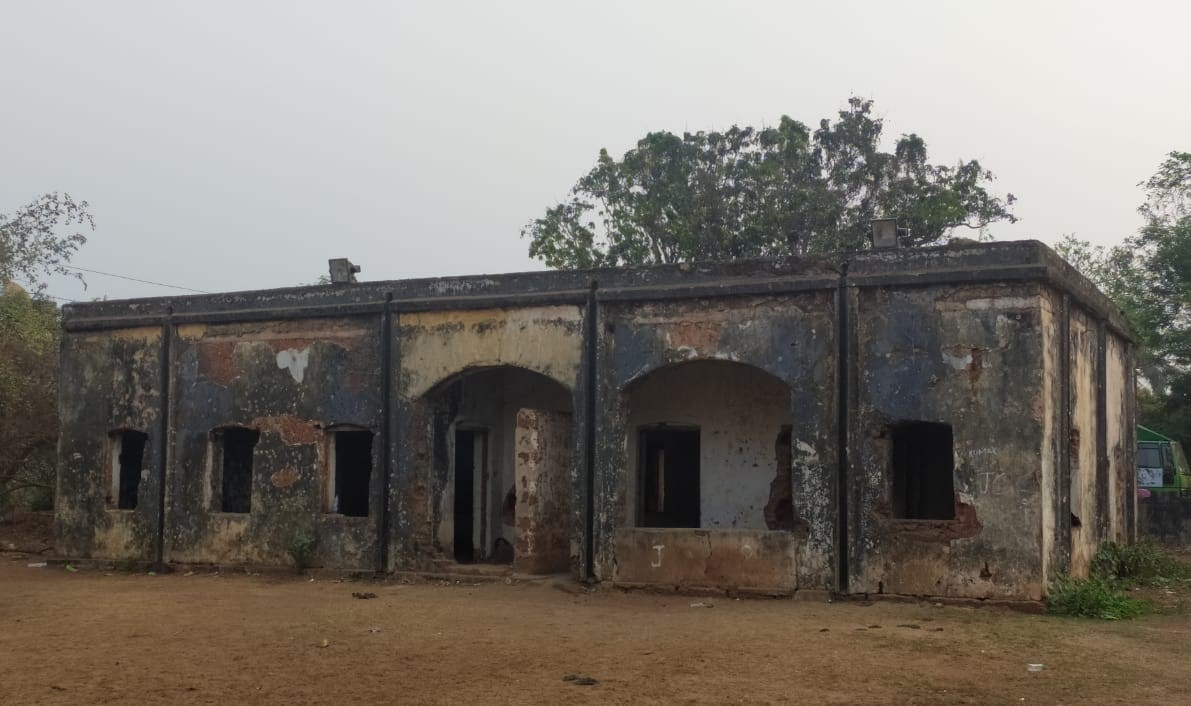 BHUBANESWAR: Besides the many temples and tanks, Bhubaneswar’s Old Town also has a few forgotten colonial vestiges which are wallowing in neglect. The Old Dak Bungalow at the beginning of the Mahatab Road is one such abandoned monument which needs immediate conservation.

The Dak Bungalow has an interesting history. It was built sometime in the 1850’s for the convenience for British officers and was also the staging point for mail runners of the Imperial Mail Service. It also served as a makeshift court house for proceeding held by the British officials. The many properties in the Old Town that were taken up the gentry of Bengal under the draconian Sunset Law were auctioned at this place.

It was also used by the surveyors of the Great Indian Trigonometrical Survey held between 1840-1870. It was converted into the Settlement office and remained as the R.I office for years before a new adjoining building was made. The Bengal Nagpur Railways officials too camped here when the railway was being laid. It is just 500 metres from the railway line to Puri.

The modest two-room bungalow was set in thickly wooded plot with a well and two out houses for the Khansama and Chowkidar. The large walled compound was dotted with trees, many fruit bearing and others for shade. Just a single tamarind tree remains. The Dak Bungalow was renovated during the visit of Lord Curzon in 1899; it was from here that he went to the Curzon Tower to view the Lingaraj Temple. The place has been known as the Dakabangala Chakk since ages.  Old timers tell of the times when leopards would come and rest in the verandah.

Today, the building that has been witness to so much of history and has survived the vicissitudes of time lies neglected.  Locals say that the place is haunted, with its share of strange paranormal happenings. Prafulla Swain, who runs a small hotel adjacent to the bungalow, swears that he has seen a ghostly figure of a woman and child near the old well on half a dozen occasions.

Another favourite of the locals is a ghostly spirit who makes it way from the bungalow during full moon nights, walks up to the old tamarind tree before climbing it and disappearing in the gnarled branches. Some old timers recollect that there were two graves of Englishmen inside the compound, however no trace of them can be found.

A team from INTACH had inspected the place two years ago and found it to be structurally intact. The thick walls and the wooden roof beams are undamaged; the building can be easily restored with some conservation efforts. Even the out houses and the horse stable are in a restorable condition. Built of thick laterite stone blocks and chunsurkhi, the walls have little damage except for the peeling plaster.

Ananta Mohapatra, the film and theatre aficionado, recollects the time he spent during his childhood at the bungalow. The family would travel from Cuttack by train and take a bullock cart from the Old Station to reach the Bungalow. He remembers the many summers that his family spent in the thickly wooded complex and the trips made to Bindusagar and the different temples.

I have found accounts of Britishers who stayed here for months, convalescing from diseases like malaria and tuberculosis. Many physicians of Calcutta would recommend patients to go to Bhubaneswar and imbibe the therapeutic mineral waters of the well inside the Kedar Gouri temple complex.

It was believed that the water had curative and rejuvenating properties. A two storied sanatorium had been made near the present day Ravi Talkies, which too catered to the convalescing Britishers. Unfortunately it was demolished ten years ago and a block of flats has come up at the place.

According to Biswajit Mohanty of INTACH, the place is ideal for making a site museum and interpretation centre of the various artifacts of the Old Town. An interpretation centre that had been made outside the main entry of the Lingaraj temple was demolished in the recent beautification drive. In fact, the building, for which Rs 4 crores had been spent, was demolished even before it was inaugurated.