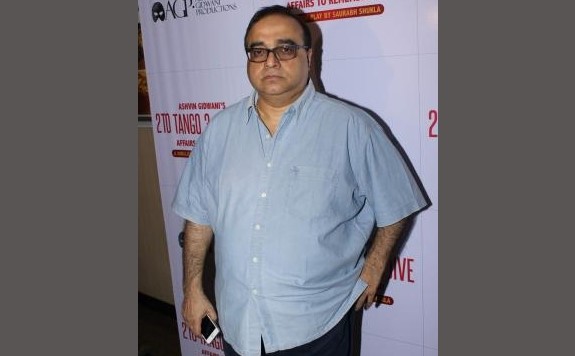 (Filmmaker Rajkumar Santoshi cast veteran Bollywood comedian Jagdeep in five of his films, including “Andaz Apna Apna”. He says he really liked Jagdeep as an artiste, and the late actor was no less than a family member.)

It’s really sad for me, a personal tragedy.

I was always a huge fan of Jagdeep ji. He had worked in my father’s (PL Santoshi) film “Hum Panchhi Ek Daal Ke”. It had won a National Film Award. We were like a family because of his bond with my father. He used to call dad “Guruji”.

When I made my first film (“Ghayal”) as a director, he played a part in it. But his track had to be removed because of the film’s length. He was a college professor in the film. Then I cast him in “Andaz Apna Apna”. His comic timing was amazing.

I would always think of him while casting for my films. He worked in “Lajja”, too. He was also in “China Gate”, as one of the heroes.

I cast him in “Ajab Prem Ki Ghazab Kahani” too, but then again we had to remove his portions because of the film’s length. The deleted scene is there on YouTube. He played a mad scientist.

I didn’t cast him in (the upcoming film) “Bad Boy”, as he was really unwell.

He was a very good person. He used to talk with a lot of respect and never criticised anyone. He was not into any sort of politics, which is a rare quality. I was very fond of Jagdeep ji. He was like a devta.

Not many people know but he could do emotional scenes very well. I hadn’t shot one with him but he could make people cry too. He was emotionally very rich.

He used to love his mom a lot. For him, his mother was everything. He used to get emotional while talking about her.

The last we met was around 2011 or 2012, but we stayed connected via calls and messages.

I hope he rests in peace.

He was a great comedian on screen and a great human being off the screen. Now we just have his memories, and his movies that will always stay with us.

(As told to Natalia Ningthoujam)