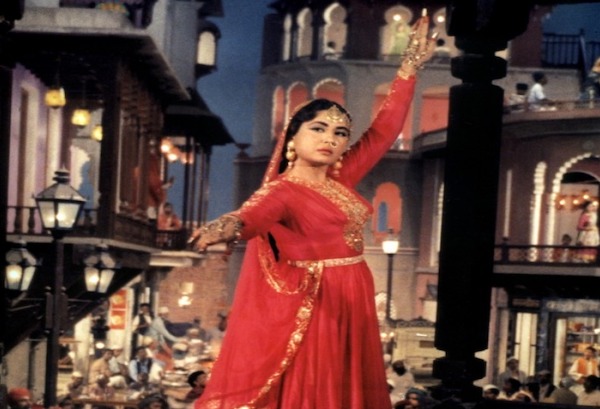 MUMBAI: On legendary actor Meena Kumari’s 49th death anniversary, the National Film Archives of India (NFAI) has announced that it has found a rare 18-minute-long footage of the making of Kamal Amrohi’s 1972 classic Pakeezah.

The 16-mm footage was acquired from the collection of one of the distributors of Pakeezah – which remains among the most-recalled celluloid creations in the 108-year-old history of the Indian film industry.

“The footage is titled Pakeezah – Rang Barang in the collection. It has rare visuals of the 16-year long journey of Pakeezah, from its inception to the theatre release,” NFAI Director Prakash Magdum said.

On March 31, 1972, Meena Kumari breathed her last at the young age of 39, stunning the nation, but leaving behind a treasure trove of over 90 memorable films, awards, honours and a legion of fans who remember her even today.

Magdum said that the highlight of the acquisition is the visuals of the famed ‘mujra’ number, Inhi Logon Ne, but shot in black and white in the early stages of the film’s shooting which spanned over 16 years before it hit the silver screens and created Bollywood history.