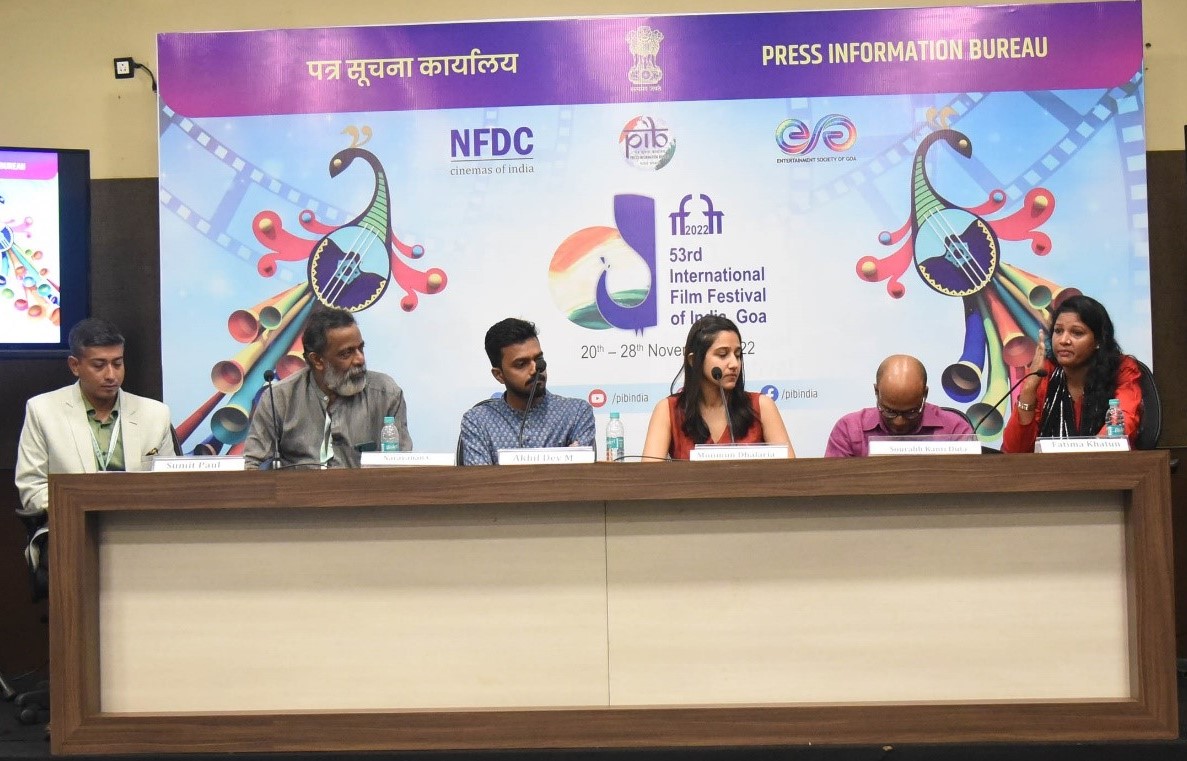 IFFI Goa: Fatima, a documentary by Sourabh Kanti Datta on the rescue & rehabilitation of trafficked sex workers was screened at the 53rd edition of the International Film Festival of India (IFFI). The film narrates the story of the tumultuous life of the eponymous Fatima Khatun,– married to a pimp at age 9, a mother at age 12, the indomitable Fatima now fights to emancipate the girls trafficked into the red-light areas of Forbesganj in the Indo-Nepal border area.

Addressing media-persons and delegates at an “IFFI Table Talks” session , a visibly emotional Fatima Khatun fought back her tears to describe her tale of betrayal by near & dear ones at a tender age. She narrated her endeavous to find the inner strength to carry the fight against inter-generational prostitution & pimping of girls in her nomadic community, one that was formerly branded as criminals under the 1871 Criminal Tribes Act.

“I also feel teary-eyed from being helpless, being dejected and being without love, but have to hold back my tears just to keep up the morale of girls I am trying to rescue”, said Fatima Khatun. She gave details of her escape from the red-light area in 2007, and the persistent battle since then to rescue the girls trafficked there.

“My struggle is against the system and deeply entrenched nexus of pimps, family members and corrupt officials that keeps the practice alive in the region”, Fatima said. She added that the tireless conditioning of mothers with help from NGOs was key in enabling them to act as shields, protecting their daughters from such an inhuman crime.

“I have to raise alarm with the police & administration, and often I take the first hit during many raids. Yet I feel satisfied that the girls I rescued – some HIV+ patients, cancer survivors – are now leading respectable lives, working in the professions of their choice and supporting families”, added Fatima Khatun.

Director Sourabh Kanti Datta spoke of losing 1.5 years during the lockdown and the added costs,but was happy that his film could make it to a platform like IFFI.

“I did not hire an actor because then it would become a drama based on true events – not a documentary which I wanted to make”, Sourabh said. Unlike courts or police stations, power equations in front of a camera are different, and Fatima has shown exemplary courage to narrate her story on camera, he added. “I am grateful to Fatima for being my window to that world”, Sourabh added

The director-actor duo expressed gratitude to many NGOs & media for coming up with ideas and leads on the subject. “I feel satisfied to have empowered many girls to make their own life choices – and thank the media for the support they have shown”, Fatima said.

Sourabh Datta further expressed hope that those in important positions in the legal & political circles would see their film and strengthen the efforts of activists like Fatima.