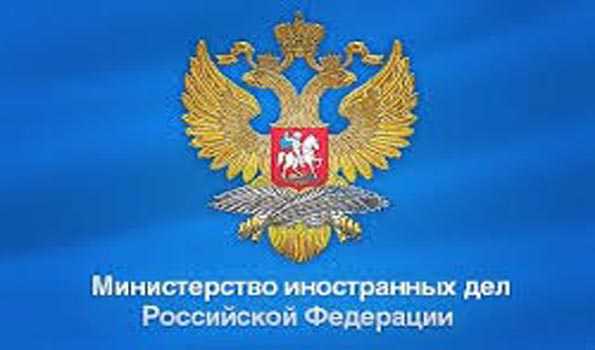 It is no small a step forward by the Indian Ministry of External Affairs as it’s position on J & K gathers momentum and with the stand of Russia endorsing the abrogation of the Article 370 by India and interpreting it as constitutional comes as a major boost for Indian diplomacy. Almost all the big countries have either lent indirect support to the Indian position or have decided to leave the matter to India and Pakistan.

Going by responses from the neighboring and other nations, one thing seems apparent that the chronology of responses has ensured Pakistani isolation on the J & K issue .

Russia on Saturday backed Indian government stance that changes in implementation of the Article 370 was carried out “within the framework of Constitution” and said there should be ‘normalisation’ of India-Pakistan relations through bilateral means.

“Russia is a consistent supporter of the normalization of relations between India and Pakistan. We hope that the differences between them will be resolved by political and diplomatic means on a bilateral basis in accordance with the provisions of the Simla Agreement of 1972 and the Lahore Declaration of 1999,” a Russian Foreign Ministry statement said.

The statement further said: “We hope that the parties involved will not allow a new aggravation of the situation in the region as a result of the decisions”. Indian Ministry of External Affairs spokesman Raveesh Kumar said in New Delhi on Friday that

the Indian government at various levels – have explained its decision and actions on Jammu and Kashmir to several countries and international organisations. He said contrary to Pakistani claims, the Indian government does not agree that the situation is assuming alarming proportions or even there are problems in bilateral ties with Pakistan.

Kumar said from Pakistani side, they would like to project a ‘panic’ like situation.
“However, we don’t feel that is the case…neither the international community feels that there is a war-like situation that exists,’ he said.