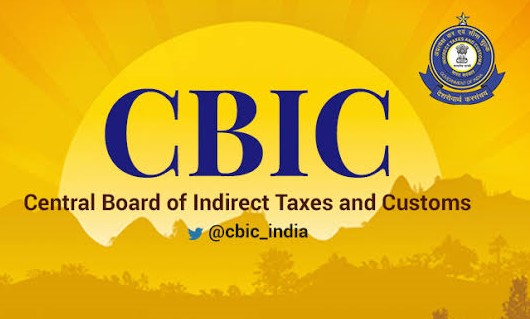 New Delhi, Nov 7 (UNI) The Documentation Identification Number (DIN) system of Central Board of Indirect Taxes (CBIC) will come into existence from tomorrow, an official release said on Thursday. “Any CBIC communication will have to have a Documentation Identification Number. Government has already executed the DIN system in the direct tax administration. This step is to further the Government’s objectives of bringing transparency and accountability in the indirect tax administration also through widespread use of information technology,” the release stated.

Revenue Secretary Dr Ajay Bhushan Pandey said, “To begin with, in the indirect tax administration, the DIN would be used for search authorisation, summons, arrest memo, inspection notices and letters issued in the course of any enquiry. From now onwards, any communication from GST or Custom or Central Excise department without a computer generated DIN, would be treated as invalid and shall be non est in law or deemed to be as if it has never been issued.”

CBIC Chairman  Pranab K. Das said, “This measure would create a digital directory for maintaining a proper audit trail of such communications. Now all such specified communications with DIN would be verifiable on the online portal cbicddm.gov.in and any communication which is not in conformity with the prescribed guidelines as per the DIN related Circulars dated 05.11.2019 shall be treated as invalid.”

While specifying such exceptional circumstances the CBIC Circulars related to DIN dated 05.11.2019 say that whenever any such manual communication would be issued, it would be necessarily required to specify reason of issuing such a communication without DIN and written approval of the competent authority shall be obtained within 15 days.

CBIC has specified that any communication issued manually under exceptional circumstances would have to be regularised on the system within 15 working days of its issuance. The CBIC, in exercise of its power under section 168(1) of the CGST Act, 2017/ Section 37 of the Central Excise Act, 1944/ Section 151A of the Customs Act, 1962, is implementing the system for electronic generation of a Document Identification Number (DIN) for all such communications sent by its offices to taxpayers and other concerned persons.