Economy in a layman’s view is nowhere near to be consoling, so, is that not slowdown? 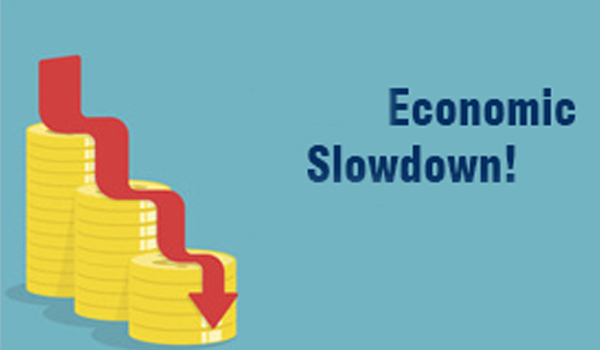 A king is always above all suspicions and cannot be subpoenaed, is what we are given to believe over the alleged economic slowdown that invites persisting critiques from many quarters.

Go anywhere there is a sense ennui and institutions or the staff has one word ’ now there is some problem’ .

One, a layman, only gets to read criticisms and little comes consoling from the dispensation at the Centre, barring few statements of denial.

Is it a fact, that a substantial population in India still suffers the onslaughts of the demonetisation ? No clear answer comes to the fore. Neither on black money nor on halt in terror activities.

While such reasons are kept en-capsuled inside an opaque outer-wall made of statistics, there is a growing confusion if the GST has been set for a fair implementation when many sectors rue over a fall in growth rates for that.

Put the finger anywhere, there is a throbbing nerve. Some say sales have fallen, be it the consumer goods or even in the auto sectors. In manufacturing sectors reports come out on huge layoffs, accounting to lakhs. Same is the situation in the housing sector where it is stated that, the real estate undergoes a big depreciation.

Less said the better about the industry sector having a close brush with the downward trajectory in the GDP. Which is assessed to have suffered a 5 per cent decline between April-June this year and may go  further down.  It is not fair to blame the system always but, there is something that requires to be told to the people who ask question.

If there is a serious decline in sales, be it agro, auto or industry, the rate of unemployment has to go up by any layman perception. If reports are to be believed then, it has gone up to 8.1 per cent and obviously millions have lost their jobs in recent years.

The signals from the banking sectors are not so bright. Only top economists can assess what would be or has been the scenario after merger of banks but, fraudsters who have inflicted banking sectors, although far from the clutches of law, but banks suffer and showing little interest to lend money. That may be the fear factor and what cannot be lost sight of is the recent scam in the Punjab Maharashtra Cooperative(PMC) which had rendered depositors helpless and some have suffered cardiac ailments.

Experts are coming out with critiques and suggestions but somehow they prefer silence to a contradictory stance against the government. Even if the power that be enjoys a bloody good tax cut for corporate sector.

With this in the backdrop, the other avoidable splurge in other activities, including politicking, is really surprising. So, the perception about roping in people like Manmohan Singh for a change can be a respite. But, would that happen ?