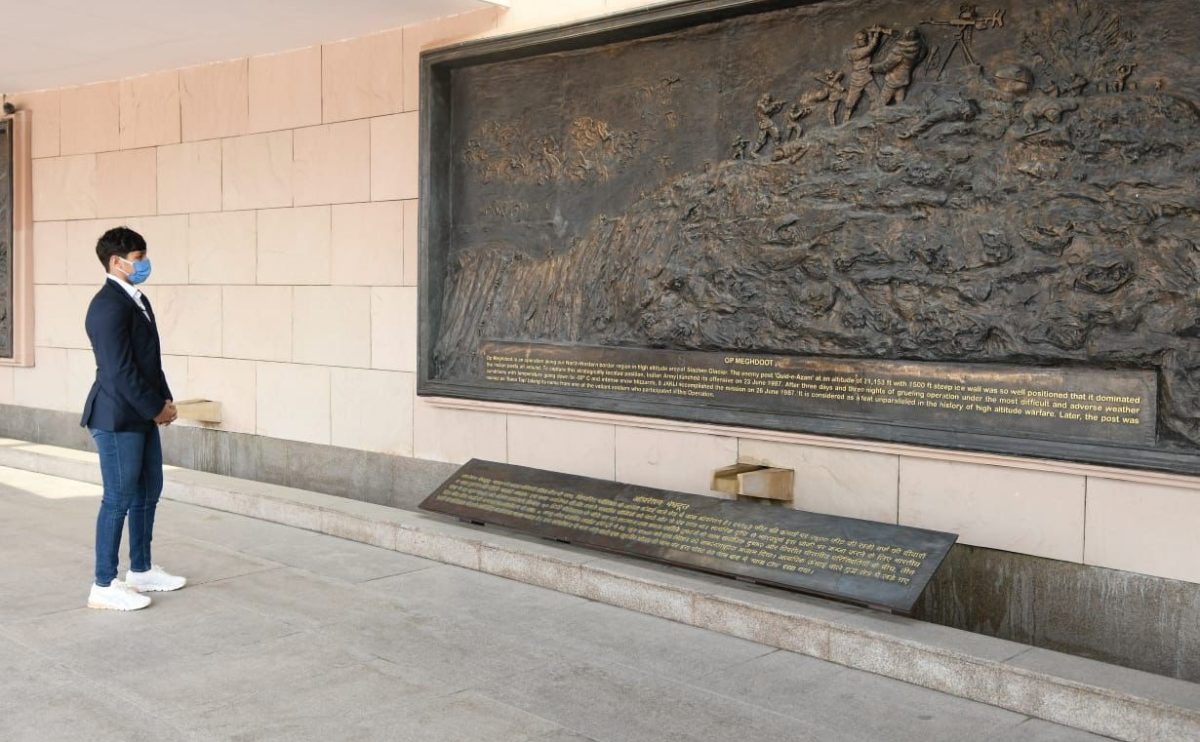 The 20-year-old Indian wrestler took a tour around the national monument which is designed in a circular form, with ramps leading down into a large amphitheatre-like circular space, in the centre of which stands an obelisk. At the base of this, burns the eternal flame ‘Amar Chakra’ in the memory of all the soldiers who laid their lives during the armed conflicts of Independent India.

“Visiting this monument of great national importance, I feel that it has so much knowledge to offer about the glorious war history of our country. Seeing the names of around 26,500 fallen soldiers carved in the bricks of the Tyag Chakra made me feel as that each soldier is like another strong brick in the nation’s defensive wall”, said Anshu.

“Like the eternal flame in the Amar Chakra, all of these martyrs as well as their act of valour will always remain immortal in the heart of every Indian,” she added.

Meanwhile, Anshu paid tribute to Capt. Pawan Kumar from Dogra Regiment who also hailed from her native town, Jind in Haryana. “It was a great experience visiting the National War Memorial. I urge every Indian to visit this Memorial and witness an important part of India’s history.”

“When a common citizen or any other public figure shows interest in visiting and knowing the war history of the country, we as a soldier feel very encouraged and honoured about belonging to the Armed Forces,” said an Army Official who guided the athlete in understanding all the sections of the memorial.