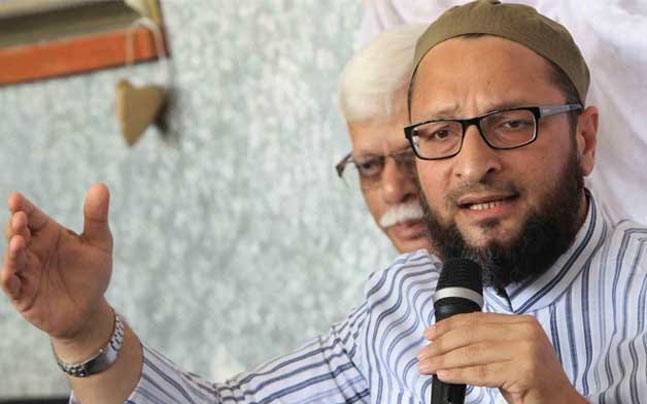 In a series of tweets, Owaisi said, ”The idea of Hindu Rashtra is based on Hindu supremacy. It means subjugation of anyone who is not Hindu. Minorities will only be ‘allowed’ to live in India,”

Stating that the Constitution mentions India as Bharat,  Owaisi said Hindu Rashtra is a “flight of fantasy borne out of insecurities”. This came in response to the RSS chief’s statement that “Hindu Rashtra” did not mean being “anti-minority”.

Hitting out at  Bhagwat for his statement that mob lynching was a western concept and it should not be used to defame India,   Owaisi said the word ‘lynching’ does not originate from Indian ethos but comes from a separate religious text.

Reacting sharply to Bhagwat’s statement,  Owaisi said Muslims, Dalits and even Hindus have been victims of incidents of mob lynching in the country.   Bhagwat had made remarks addressing the Vijayadashmi function of the RSS at Reshimbagh ground in Nagpur, Bhagwat.

Campaigning for party’s candidate for Jalna Iqbal Pasha on Tuesday night,   Owaisi said, ”The country is facing problems like unemployment, peasants suicides, inflation, but the ruling BJP party is busy raking up emotional issues like Article 370, Pakistan and Hindu Muslim.”

Slamming Congress,  Owaisi said the grand old party is like a sinking ship whose ‘captain’ Rahul Gandhi has fled.

Talking about Shiv Sena, alliance partner of BJP in Maharashtra, he said, Shiv Sena chief Uddhav Thackeray is helpless before the BJP in the state. Talking about the Aarey issue, the AIMIM chief said the Sena president has assured that he will take action against those responsible for felling of trees if voted to power. Shiv Sena is still in power, so why it is not taking any action, ? he questioned.

Refuting charges levelled by Congress that his party divides votes of the minority community and benefits BJP, Owaisi said no one except the Congress and NCP are to be blamed for their downfall.  (UNI)