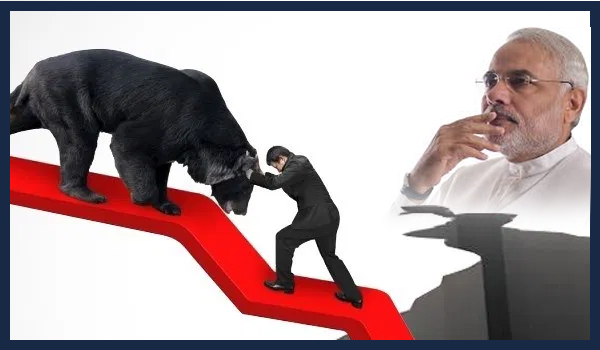 It makes interesting reading about things to come in the next foreign visit of the Prime Minister Narendra Modi. In an one liner the foreign secretary says ‘PM to bat for reformed multilateral global polity during US visit  ’ and another header quotes him saying ‘PM to have bilateral with Trump’.

Both the headers aim at an exercise to guise many truths back home people need clarifications about. But no such initiative whether through the social media or the mainstream do elicit any satisfying response.

The other day in a debate in a national English channel an anchor was her ferocity best to mute any voice regarding the economic slowdown in the country saying that, those things can be taken up by the government in time. Which means that the ground realities those hurt us, let them be peppered by other distractionary issues.

Sanction of Rs.176 plus lakh cr from the RBI to the Centre although raised few heckles but the issue soon got buried under other matters, be it Chadambaram arrest or any other such development can go unmentioned here.

Now the most recent shocker is that the Life Insurance Corporation (LIC) has, reportedly, ‘ put Rs.10.7 lakh crore in the PSUs under Modi, almost same as investments in 6 decades to 2014’.

Sickening PSUs and the ailing banks exposed post the mergers indicate, a report says, such funds are earmarked as stimulus for such organisations who,  at the present,  may not ensure any amelioration financially.

To further hide such realities experts have reasoned out that a global recession is looming over almost all developed countries and India is no exception. That makes no sound argument for avoiding the issues from being mentioned by the media in general.

So, simply speaking, getting things mired in other complications like Ayodhya, Kashmir, communal conflagrations made out of spats between two communities or trumpeting with Trump at Huston are all right but underplaying the crucial aspects of a slowdown in economy is a cause for concern for all. No amount of diversionary events can hide the dark underbelly.