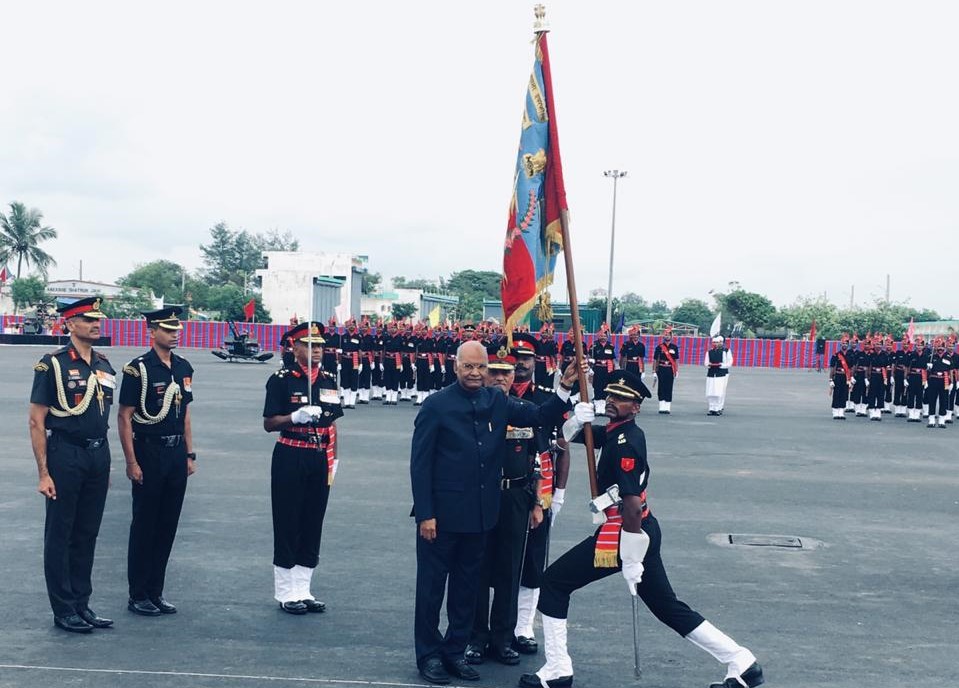 The President’s Colours is the highest honour bestowed upon a regiment  of the Armed Forces in recognition of their invaluable contribution to the security of the nation during peace and hostilities.   The President who was  presented the Rashtriya salute at the commencement of an impressive parade led by the contingent conveyed his happiness on bestowing the honour to the corps of Army Air Defence.

In his address  Mr.Kovind recalled the glorious legacy of the Indian Armed Forces in protecting the unity, integrity and sovereignty of the nation in general and the Corps of the Army Air Defence in particular. Odisha Governor Ganeshi Lal, Army Chief Bipin Rawat and other dignitaries were present on the occasion.

The Air Defence has been in existence since 1940 as a part of  Corps of of Army Artillery as an independent arm. It got recognition in1994. The Corps of Army Defence has been awarded with two Ashoka Chakras, two Kirti Chakras, 20 Vir Chakras, nine Shaurya chakras, 113 sena medals and 55 mention-in despatches in addition to four honour titles awarded during 1971 Indo-pak War. The president who arrived in Odisha on a two-day tour of the state yesterday  left for New Delhi today via Bhubaneswar.