Let not 2000 repeat, which killed 13 tigers, itself in Nandankanan zoo 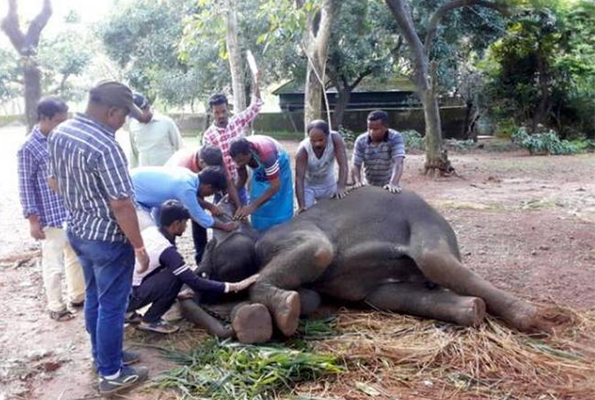 Nandankanan zoo in Bhubaneswar is back with a black spot with the sudden death of four elephants housed in the zoo following a reported Herpes attack. It was learnt that ptive another elephant infected with herpes battles with death.

This incident as it did has come at a time when there is widespread concern in the country and in Odisha in particular over heavy drop in
elephant population in the wild. The deaths of elephants is a tragic reminisce of 2000 when 13 captive tigers in the Nandankanan zoo had died following a attack by a virus called Trypanosomiasis, which had abandoned an international shock .
However, an incident of that magnitude when seen through the lens of probe it was only the virus which got the repeat mentions in media but, no accountability could however be fixed why it happened and what were the deterrent measures taken if any.

Nothing of that sort happened and the memories of the pain and struggle by the helpless animals ultimately remained buried in the suspense of inquiries only. But, what was discernible a lapse was the way some drugs were administered allegedly in contrary to the practice in the Vet science and the real culprit, allegedly the then zoo Director escaped with a shift from the zoo to somewhere else.

And, this time also, there is a similar suspense looming over the rest four elephants in the zoo. The zoo authorities are  there with similar statements that the Herpes virus attacks only the elephants below ten years old.

When it is being argued that younger elephants are prone to such virus then, why there were no efforts for any preventive measures. There is no satisfactory argument from the Vets here that, if other adults are really not prone to the virus and whether any precautionary steps have been taken to safeguard their health .

In 2000, the majestic 12 tigers fell down like dry leaves in public glare whereas the authorities could not summon in any expertise from outside on a war footing at all. Like it always happens in a society that is pathetically wedded to a reactive mind-set.

The herpes virus that has killed the elephants could not be said to be an instant ambush by the virus but the symptoms of the infections must have manifestation in advance. If the authorities were in the know about such a virus being a threat for younger pachyderms then why did they fail to trace the symptoms?