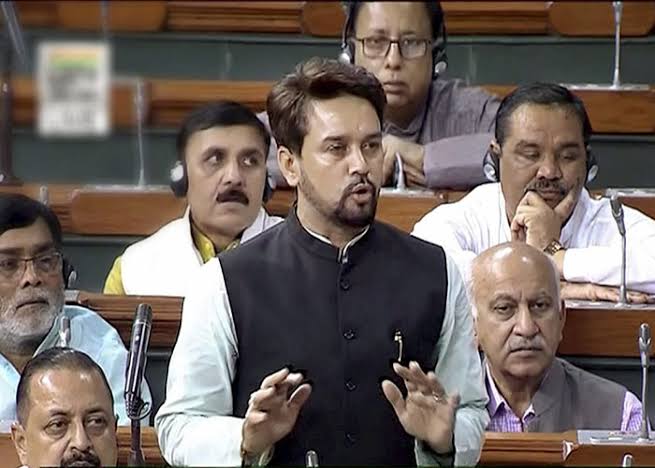 New Delhi, Nov. 20: The Lok Sabha on Wednesday approved by voice vote the Chit Funds (Amendment) Bill, 2019. Replying to the debate on the Bill, Minister of State for Finance Anurag Thakur said the purpose of the Bill is to safeguard the interest of the poor who put their money in the Chit fund schemes. He said the government would undertake more than 15000 investor awareness programmes in the coming year. He urged MPs to create awareness among the people about the difference in Legal Chit Funds and Ponzy schemes.

He said that subscriber based Chit Fund is legal. The Minister said the power to register Chit funds has been given to the State governments.The Minister also made a reference to Pradhan Mantri Jan Dhan Yojana (PMJDY), UPI payments, digital transactions and RuPay debit cards to bring maximum number of people under the financial cover through bank accounts.Taking part in the debate, Saugata Roy (AITC) questioned the delay in bringing the legislation. He said the bill was also introduced in the last Lok Sabha but was sent to the Standing Committee on Finance.

The panel gave its recommendations in August 2018 but it took more than a year for the Union government to bring the fresh legislation with amendments, Prof Roy said.BJP members Rajiv Pratap Rudy, Anurag Sharma and Meenakshi Lekhi also participated in the debate.The Bill seeks to amend the Chit Funds Act, 1982 which regulates chit funds and prohibits a fund from being created without the prior sanction of a state government.

Earlier, moving the Bill on Monday Mr Thakur had said chit funds provide an important source of finance and avenue to save small businesses and households.He said although many people view chit funds negatively, they are for the people who have no other means of savings or taking credit from banks. The Chit Funds (Amendment) Bill, 2019 specifies various names which may be used to refer to a chit fund.

The Bill has been pending since the last Lok Sabha and it was moved on August 5 in the Monsoon Session. It seeks to put in place a mechanism to ensure transparency in chit fund schemes and protect subscribers. The Bill came up for discussion and passing in the Lok Sabha as Parliament’s Winter Session began on November 18. The proposed legislation comes at a time when a number of chit fund and ponzi schemes blew up in the recent past, causing substantial financial losses to a large of subscribers.